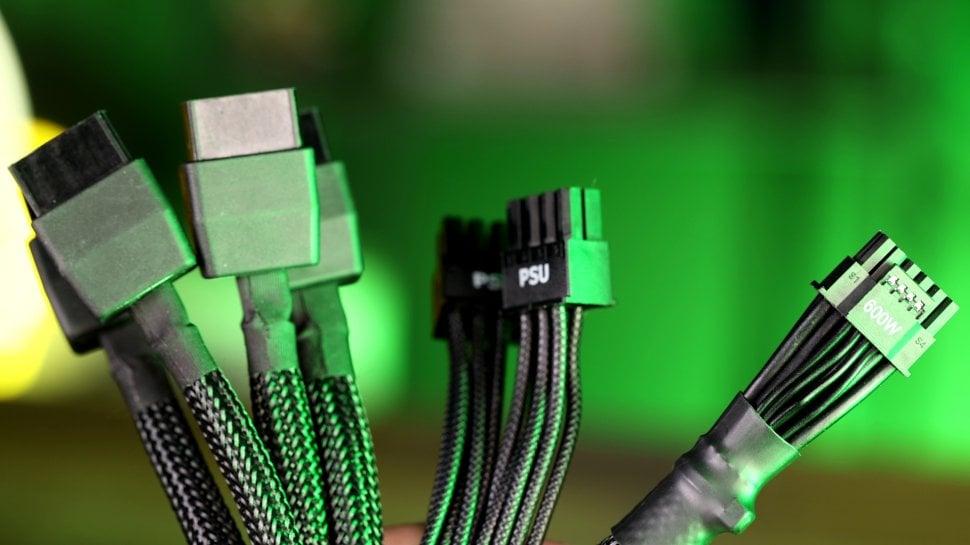 November 6th, 2022 at 2:00 p.m. by Jusuf Hatic – The bad news about the Geforce RTX 4090 never ends: Even with power supplies with native ATX 3.0, which are actually designed specifically for the 12VHPWR connection, there is a risk of fire.

The literally hottest topic in the Nvidia community is still the smoking power plug of the Geforce RTX 4090. We get new reports about roasted and damaged 12VHPWR adapters almost every day. Even owners of a native ATX 3.0 power supply, which is designed specifically for the new connection, do not seem to be protected from the risk of fire – on the contrary: A first case has appeared on Facebook, in which the adapter also melted here.

As the user explains in his post, in addition to the MSI Geforce RTX 4090 Gaming X Trio, he also purchased the MEG Ai1300P power supply with ATX 3.0 compatibility, precisely because it is intended to prevent such scorching. However, the hopes seem to have been quickly dashed, as the following pictures show how the adapter has already started to melt and the first ports are showing signs of damage.

According to the information on the poster, he did not bend the cable to an unusual extent – a faulty design of the Nvidia adapter, which causes the outer solder joints to break when bent, was previously identified as the cause of the damage reports. MSI has already contacted the Facebook user and offered to exchange the RTX 4090 and the power supply. Another case has also appeared on Reddit, which is a charred connector, but the graphics card itself is said not (yet) to have been affected.

Coincidentally, the configuration used was also the MSI Geforce RTX 4090 Gaming X Trio and the ATX 3.0 power supply unit MGP A1000G. Because even the power supplies officially intended for 12VHPWR with ATX 3.0 are also at risk of fire, the Geforce RTX 4090 debacle continues to get worse, while Nvidia itself has not yet made a detailed statement on the subject.

Leak: the first gameplay of the Russian role-playing action “Trouble” has been published