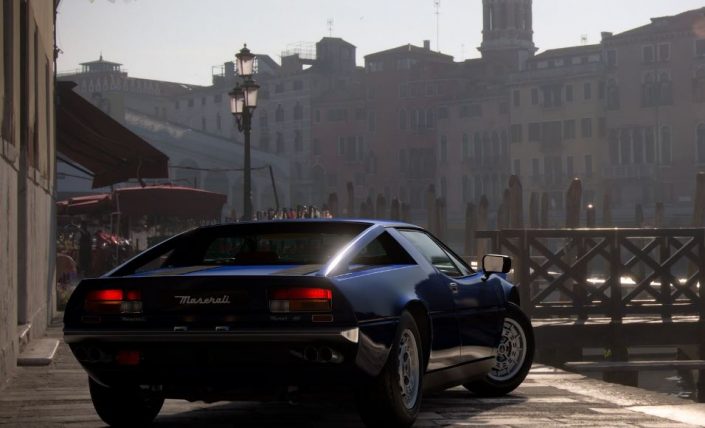 Sony is working on several films based on well-known brands from PlayStation history. Below that is a strip based on the Gran Turismo series.

While the games focus on the experiences on the route and a significant story was not on developer Polyphony Digital’s to-do list, actors should help the film adaptation to create a story worth seeing. Two more of the dedicated actors were confirmed for the weekend.

According to the announcement, Geri “Ginger Spice” Halliwell-Horner and Djimon Hounsou will star in Sony’s upcoming Gran Turismo movie.

Especially the first mentioned personality has an interesting aspect, like The Hollywood Reporter highlights, as the English singer-songwriter – who rose to fame in the 1990s as Ginger Spice, member of girl group Spice Girls – makes a “very rare on-screen appearance” in ‘Gran Turismo’. However, the Spice Girl is married to Christian Horner, the team boss of the Red Bull Formula 1 team, which seems to close the circle.

On the big screen next year

Sony’s live-action adaptation of Gran Turismo was announced earlier this year and is set to hit the big screen in August 2023. David Harbor (Stranger Things) was among the first confirmed members of the cast. He will work alongside District 9 and Elyisum director Neill Blomkamp, ​​who is directing the project.

Blomkamp will direct from the script by Jason Hall (“American Sniper”) and Zach Baylin (“King Richard”). The film apparently tells the story of a teenage Gran Turismo player whose gaming skills set him on the path to becoming a professional racer.

Hounsou and Halliwell-Horner play the teenager’s parents, while Josha Stradowski has been cast in the role of a rival driver whose father is played by Thomas Kretschman. Daniel Puig is also there.

Gran Turismo is one of several PlayStation film adaptations. This also includes “Horizon Zero Dawn”, “God of War”, “Twisted Metal” and “The Last of Us”, which are planned for at least television.

I learned to accept death in a poetic puzzle video game by Arte, How to Say Goodbye

Tesla: a supplier’s indiscretion announces a major change in vehicles