OpenAI Releases Beta Version of DALL-E API For Business Use

Kutai Kartanegara – OpenAI plans to make their text-to-image AI software, DALL-E, more widely available to businesses, by launching a public beta version of the API (Application Programming Interface). This API was created so that companies can add DALL-E functionality to their products, and integrate and customize the software as they wish.

Interest and adoption of text-to-image AI has exploded in the past year. OpenAI, which once dominated the field of artificial intelligence programming, has now been challenged by newcomer AI software such as Midjourney and Stability AI, which place fewer limits on its users. Allows them to build their own AI system, with less supervision. Meanwhile, other players in this space, such as Google and Meta, have taken a much more cautious approach, developing systems that are similarly capable, but limiting public use to very limited scenarios.

With the development of research conducted by OpenAI, including advances in image quality, latency, scalability, and usability, the company has now launched a beta version of the API (Application Programming Interface) of DALL-E. This API is presented to facilitate the business of investor companies, by adding text-to-image DALL-E functionality to their products. Not only that, this API will also provide simplified programs, so that developers can integrate and customize their software, as desired.

An example of an early use of this API was in the Microsoft Designer application, which uses OpenAI’s proprietary software to generate images for Microsoft Office users, ranging from PowerPoint slides to illustrations for homework. Microsoft itself is one of OpenAI’s main investors and launched the app last month.

Luke Miller, product manager at OpenAI working on the API, told The Verge that the company is excited to see new app developers discovering DALL-E.

“We’ve had a few customers build on this in a very interesting way,” Miller said. “Some are creative exploration, some are more business-oriented.”

Miller also cited a startup called Mixtiles, which uses the Dall-E API to produce posters and art for home decor, and CALA, which uses the API to help customers design their own clothes.

OpenAI said that access to the DALL-E API will be restricted for now and it will not check customers while using it. Even so, DALL-E will still limit the creation of certain images that contain nudity, gore, to politically sensitive material. Customers will also be charged per image produced, with three resolution levels available, 256 x 256, 512 x 512, and 1024 x 1024. 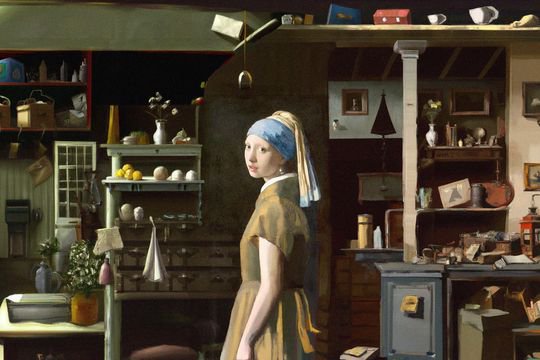 Challenges in Leveraging DALL-E for Business

In addition to the obvious creative benefits that text-to-image AI offers, there are also potential dangers if the software is misused by users. One of them is that it can generate misinformation and harmful images such as non-consensual nude images (although OpenAI has made it difficult to use its software through keyword filters), to the use of data from images used as references by AI software.

AI text-to-image systems like DALL-E are trained with images taken from various websites. Usually includes the copyrighted works of photographers, artists, and designers. Many artists are outraged that the resulting technology can not only be used to emulate their individual styles, but also because there is no compensation for the use of their work, which is used to generate revenue for billion-dollar companies like OpenAI.

Several companies that develop text-to-image applications are now also starting to offer compensation. Like Shutterstock, which licenses its contributor data to OpenAI to create DALL-E and which uses its API, to generate custom stock images. Shutterstock recently announced that they are setting up a Contributor Fund, to reimburse individuals whose jobs are used to train AI.

Like this article? Don’t forget to read other interesting articles only at https://gamefinity.id/

Everything we know about the upcoming Samsung Galaxy S23 top series

Fedor CHERKASHIN: “Let me prepare for the fight for the world title”

Diablo 4 is expected to be released during this period