The Boeing and NASA teams continue to look for solutions to fix all identified problems in the Starliner spacecraft. In unmanned mode, the device flew to the ISS in May of this year, but due to a number of “anomalies”, the test manned mission was postponed to February 2023. The other day, NASA announced that the Starliner with people on board will fly to the ISS in April. 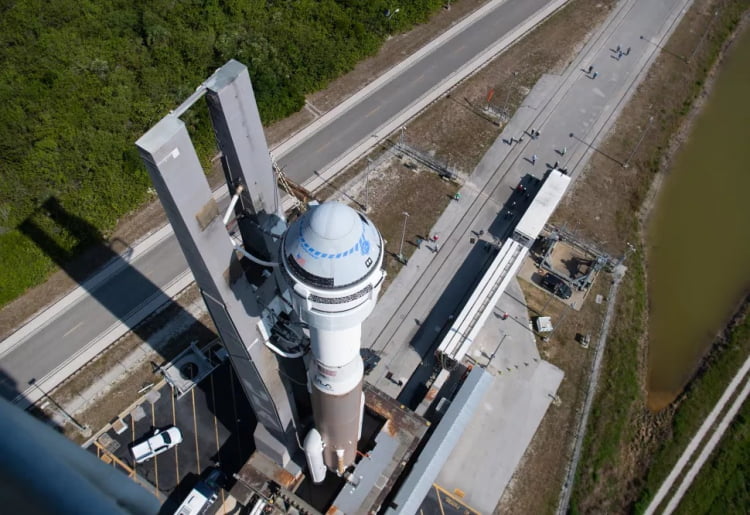 The first unmanned test flight of the Boeing Starliner took place almost three years ago. He was without people and was unsuccessful. Due to errors in the software, the ship missed its intended orbit, although it returned safely to Earth. Moreover, this was the first soft landing for American astronautics, since before that all national descent vehicles descended into the ocean (splashed down).

For the next year and a half – until May 2022 – Boeing eliminated the comments of the NASA commission, which were about a hundred, if not more. To date, by the way, Boeing’s overspending on the Starliner program has reached $900 million and continues to grow. In May of this year, the ship without people on board reached the ISS, docked and after some time returned back to Earth. After launch into orbit, 2 of 12 Starliner stern engines failed. Then two precision orientation engines failed. The docking ring could not be pulled out the first time either, which delayed the docking for another hour. Finally, after landing, the remnants of fuel spilled from the tanks of the descent vehicle at the landing site.

Despite all the “anomalies”, the Starliner flight was considered a success and NASA assigned the crew for the first test pilot mission (Crew Flight Test, CFT). It included the commander of the ship, Barry Wilmore, and Sunita Williams took over the duties of the pilot. Mike Fink became the reserve crew member. In addition to the “anomalies” themselves, there remained the issue of manufacturing a ship for the next flight. He’s not ready yet. NASA promises that the ship is at the final stage of production and in December it will begin to be fixed on the service module. With such a schedule, it was hardly worth counting on a flight in February, so NASA added two more months to itself and Boeing.

At the same time, NASA does not rely heavily on Boeing and Starliner. This is evident in the fact that SpaceX received an additional order for five manned missions to the ISS, which Boeing was supposed to carry out. Nevertheless, Starliner has already been included in the flight program to the ISS, although the issue of certification remains open, and it can be discussed only after the first successful flight of Starliner to the ISS with the crew. In other words, after April 2023.

The success of Kichenok, fiery matches in the Premier League, farewell to Piqué, incredible Holland

Pentiment: Medal table: This is how the trade press rated the game