The news feed of the international fusion reactor project ITER (ITER) reports that a delegation from the Italian DTT project visited the construction site of the reactor in France. The Italian “divertor” reactor is being created as an independent project, although it is noticeably smaller than ITER and is far from being similar to it in everything. However, the Italian project will set the stage for ITER’s successor, Europe’s first DEMO fusion power plant. 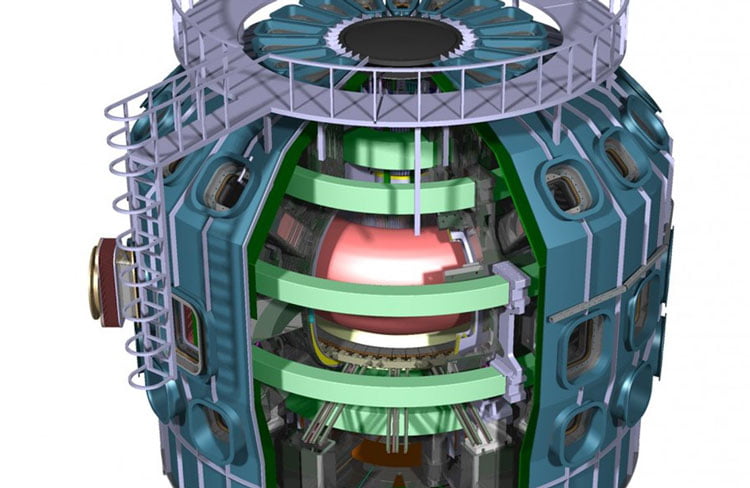 After a number of joint reports, the parties agreed to develop a framework agreement on future joint research. The ITER reactor, as you know, will not generate electricity from the energy of thermonuclear fusion. He only has to prove in practice the possibility of generating 10 times more power than was spent on starting a self-sustaining thermonuclear reaction. At the same time, the design of ITER provides for such units as diverters – these are receivers of plasma energy, which must transfer it to certain installations to generate electricity.

The Italian DTT (divertor tokamak) reactor is being built according to a scheme reminiscent of ITER – the same vacuum chamber and the same number of toroidal and poloidal superconducting coils, but it is noticeably smaller. The main zone of the DTT working chamber is only 2.2 m, while for ITER it is 6.2 m in diameter. Nevertheless, the ratio of the generated power to the radius of the resulting plasma in both tokamaks lies in the same range, which makes it possible to adapt the findings at DTT to tests in the composition ITER, which means to use it as the basis for a future European thermonuclear power plant.

What are these finds? The Italian “mini-ITER” will serve as a testing ground for testing various kinds of diverters and plasma control systems during energy removal (so that the process does not go awry). The first divertor will be similar to the one already being created for ITER – these are water-cooled tungsten modules. More exotic solutions will be tested at DTT in the future, including liquid metal blocks.

The DTT and ITER reactors will start operating at similar times. Today, both teams are at an early stage of agreeing on future scientific papers, but in the future they will be able to learn a lot from each other.

Prometheus snatched victory from the Latvian team in LEBL

UFC. Lemos knocked out Rodriguez in the main fight of the evening

Take-Two takes a long time to release the games because they are all hits, says the GTA publisher