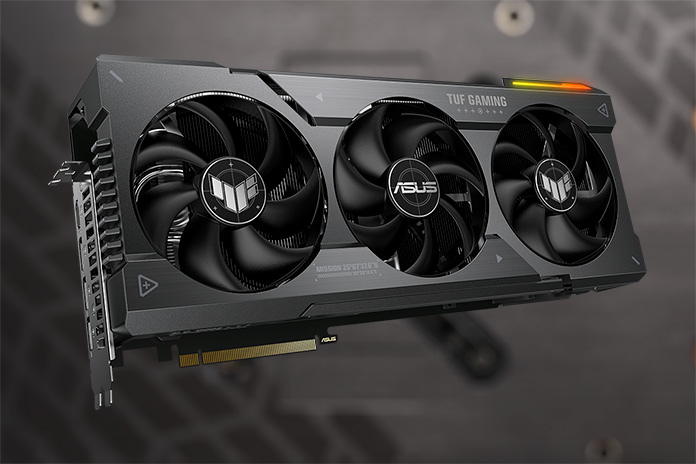 11/06/2022 at 09:30 a.m. by Rhonda Bachmann – After AMD made its new RDNA 3 graphics architecture official, Asus is now introducing its own custom models of the Radeon RX 7900 series. The TUF cards Radeon RX 7900 XTX and Radeon RX 7900 XT were announced, as well as an OC model of each of the two graphics cards.

On November 3rd, AMD made its new RDNA 3 graphics architecture official and presented two new graphics cards based on the Navi 31 chip. Now Asus follows as the first board partner and presents its four custom models. In addition to the TUF Gaming Radeon RX 7900 XTX and RX 7900 XT cards, an OC model will also be released.

New cards from TUF Gaming are scheduled for release in December

The cards will occupy 3.63 slots and feature a solid die-cast frame and aluminum body. All four of the new TUF models have also installed three axial fans, which are intended to ensure a 23 percent increase in airflow. The military-grade capacitors used are said to have a lifespan of 20,000 hours at 105 degrees Celsius. For the two RX-7900-XTX models, Asus recommends a power supply with at least 800 watts of power. For the RX 7900 XT and the RX 7900 XT OC it should be a power supply with at least 750 watts.

As with the reference model from AMD, the TUF Gaming Radeon RX 7900 XTX is also equipped with 24 gigabytes of GDDR6 memory. The card comes with three 8-pin power connectors and features a range of high-current power stages in a 17+4 configuration. The Radeon RX 7900 XT has 20 gigabytes of GDDR6 memory and is said to offer the same total board power as the RX 6900 XT. However, the card delivers better performance at a similar noise level. The custom models are scheduled to appear in December. However, the respective prices have not yet been mentioned.

The fourth team in a row may miss the 2022 World Cup. Ukraine will not replace it

Forspoken: Monuments, treasures, bosses… The magic of the kingdom of Athia in this PS5 gameplay in 4K leaves us speechless

Pokémon Scarlet and Violet already on offer! The Esselunga discount for Black Days