There is a new very dangerous threat that is being distributed with pirated software, key generators and other apps that contain adware and that curiously tries to tarnish the image of well-known security researchers and even the famous website Bleeping Computer which is a reference in what regarding computer security. In fact, we started to see very different things in the malware world where anything goes. That said, pay attention to downloads because the new virus really erases everything and you can’t recover. So let’s look at how the Azov Ransomware works.

This threat is ransomware that cleans your computer’s data. It’s called Azov Ransomware and as I mentioned above it says that it was created by a well-known researcher and that the Bleeping Computer website is involved in the operation. The restatement note called RESTORE_FILES.txt says that this is all due to countries not doing enough to help Ukraine in the war against Russia. Of course this is just an excuse and in reality it is not due to any of this.

The ransom note tells victims to contact BleepingComputer, MalwareHunterTeam, Michael Gillespie or Vitali Kremez on Twitter to retrieve the files. That is, they insinuate that these people are part of this ransomware operation. 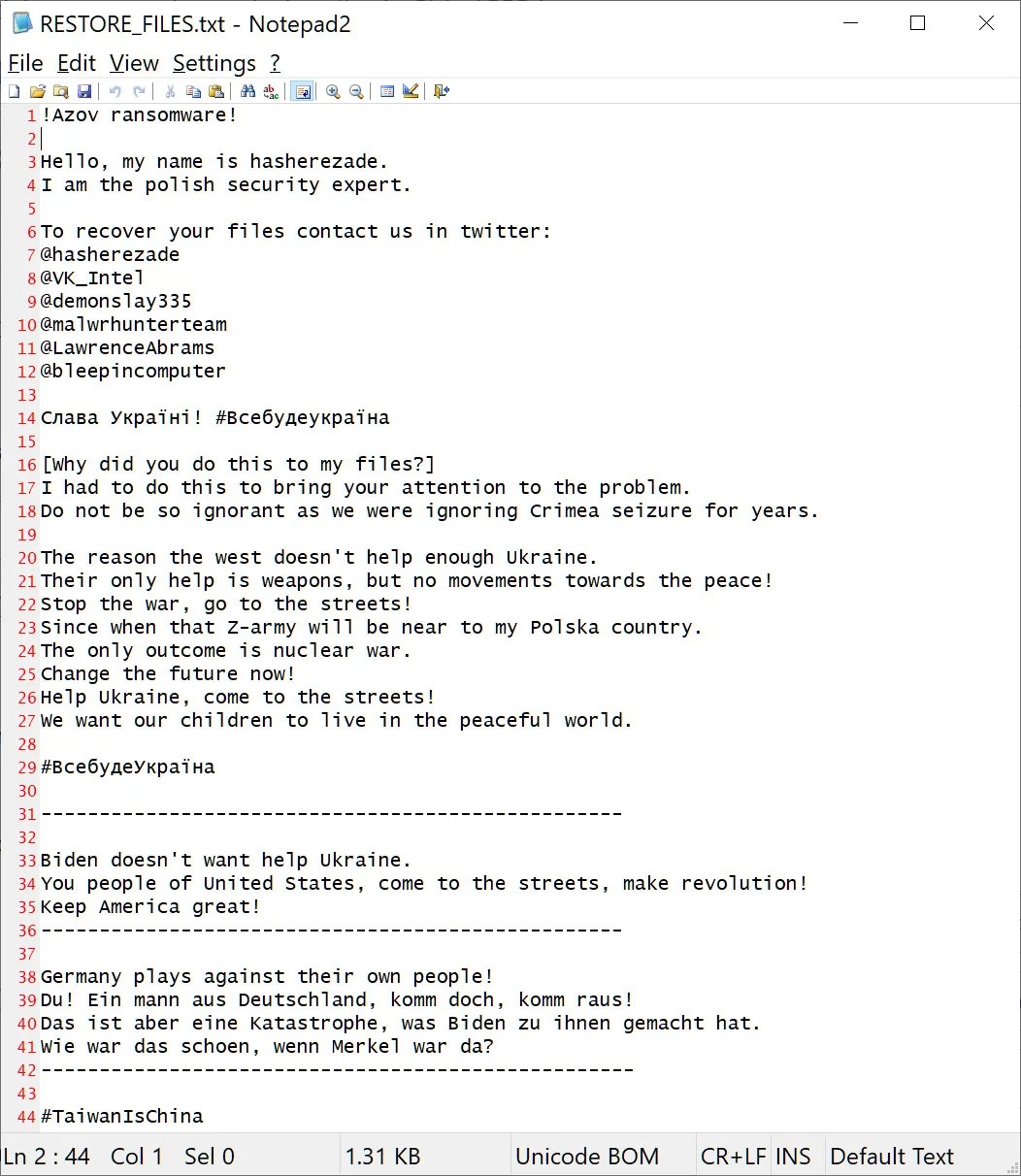 But what does this mean?

As the Bleeping Computer website and other people are not responsible for this threat, there is actually no one who can be contacted to decrypt the files. So this threat is not exactly ransomware but a destructive virus that erases everything we have on our disk.

Anyway, this did not invalidate that many people started to contact this site in an attempt to recover the files.

Another proof that this has nothing to do with Ukraine is that there are several organizations in this country affected by this threat.

This isn’t the first time criminals have tried to frame security investigators for their malware.

How does this threat enter the computer?

It is apparently being distributed via a malware botnet called Smokeloader. However, it comes to people who resort to downloading cracks, key generators and other pirated software. 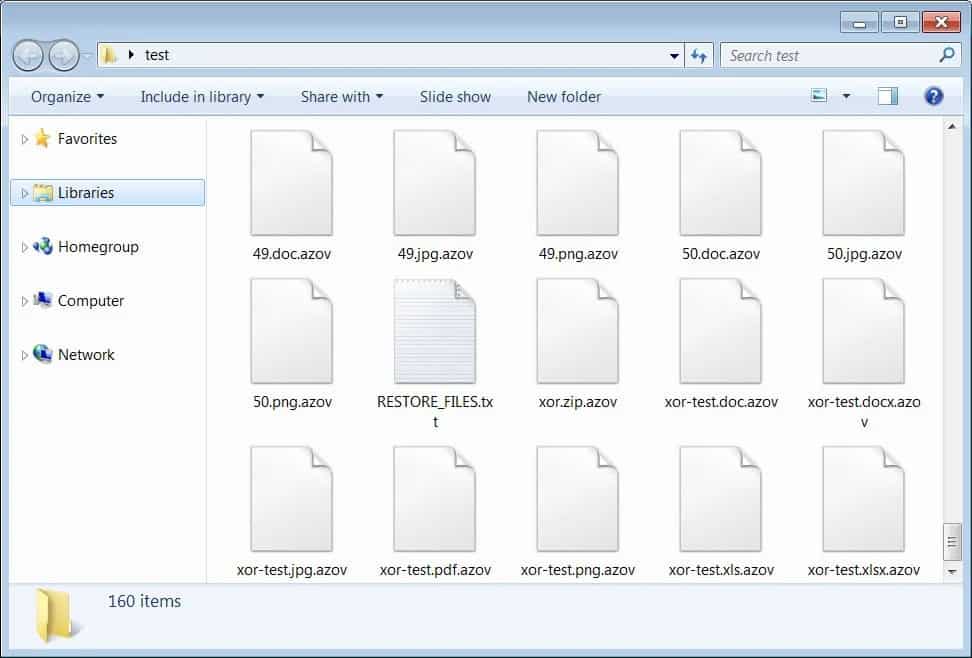 However, the website Bleeping Computer reports that if you were infected with this threat, you most likely won another one as a gift. That’s why it’s not a bad idea to change the passwords for every account you have online.

GTA: An announced flop? For the 25th anniversary of the game, the developers return to the galleys of its creation!

Fantastic cosplay of the nurse from Silent Hill is your nightmare!

Manifest: understand the end of the first part of the 4th season

Xbox LIVE: This profile badge is awarded to anniversary subscribers

Amazon offers: 2 3rd gen Echo Dot at a discount at the lowest historical price with this code