Battlefield 1 is now six years old. But the shooter on Steam is currently enjoying great popularity again and is getting significantly better numbers than the current part. 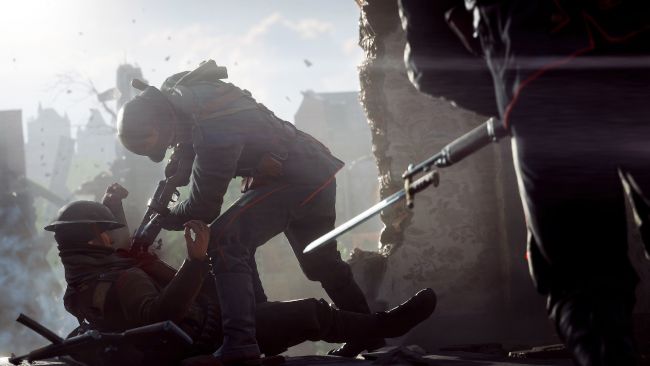 With Battlefield 1, DICE sent you into action in World War I in October 2016. In the meantime, however, the shooter is no longer really relevant, after all there have already been two successors with Battlefield V and Battlefield 2042. But Battlefield 1 is currently making it back to the top of the sales charts on Steam and the number of players is also impressive.

>> 10 things Battlefield does better than Call of Duty: Please take a role model! <

The game is currently in fifth place among the best sellers on the distribution platform and can not only easily outperform its own successors, but also top-class players such as Apex Legends or FIFA 23 leave the mass shooting behind. The reason for this should be relatively easy to explain: Battlefield 1 is currently reduced by a whopping 88 percent and only costs 4.79 euros instead of 39.99 euros.

The popularity is also noticeable in the number of players. According to SteamDB, almost 32,000 people are currently online, and at the weekend the number of soldiers active at the same time shot up to 52,000. For comparison: In the last 24 hours, the current Battlefield 2042 only managed almost 5,500 players, Battlefield V still managed almost 14,000.

Now one could look for the reason for the renewed love for Battlefield 1 in the sale alone, but other factors should also play a role. Perhaps the biggest contributor is that Battlefield 2042 got off to a disastrous start and hasn’t really recovered from it. In general, the new offshoot of the series is not well received by the fans, the developers have simply got bogged down in their desperate attempt to come up with news. But the design is not only met with approval and deleted features hammer more nails in the coffin.

Battlefield 1 in the video test – the mother of all battles?

With Battlefield 1, DICE has made a big splash. In our video test we tell you why you shouldn’t miss the shooter.

Mercedes: new microtransactions are arriving for its cars, linked to functions already installed