2K Games and Firaxis Games present a new Character Deep Dive for “Marvel’s Midnight Suns”. Along the way, another hero from the game is introduced to us in more detail. 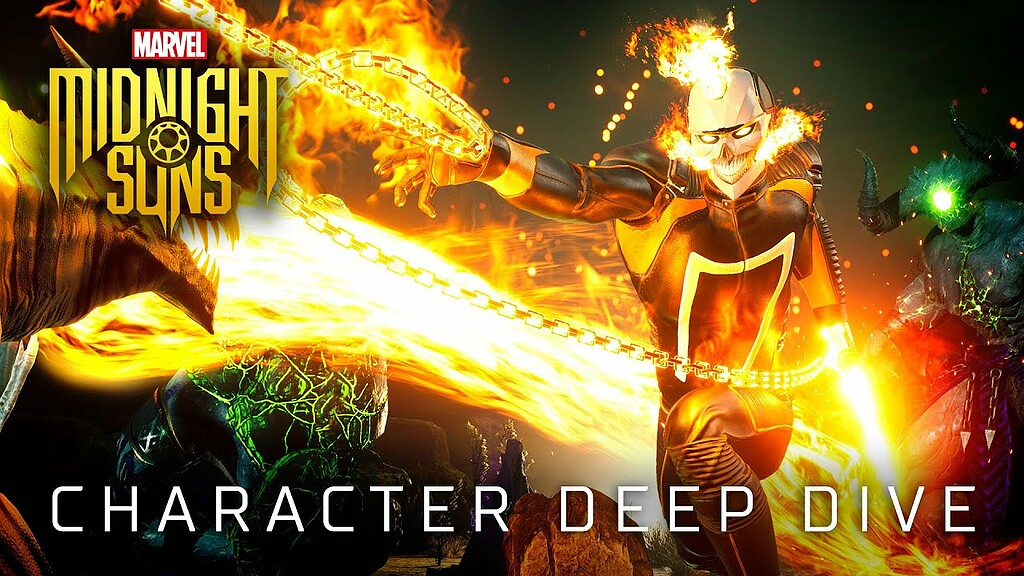 Here we are introduced to Ghost Rider from “Marvel’s Midnight Suns” for a little over six minutes. We’ve already been shown a Hero Spotlight for him and experience has shown that a corresponding history lesson should soon be on the program.

With the demon Lilith and her fearsome horde united with the dark armies of Hydra, it’s time to unleash the dark side of Marvel. As a Hunter, you must lead a highly unusual team of skilled superheroes and dangerous supernatural warriors to victory. Will legends like Doctor Strange, Iron Man and Blade manage to forget their differences in the face of this apocalyptic threat? To save the world, you must forge alliances and lead the team into battle as the legendary Midnight Suns.

With a selection of characters and skills available to upgrade, you can create your own distinctive version of the Hunter and find a way to push Lilith’s army back into the underworld.

Marvel’s Midnight Suns is out December 2nd for PS5, Xbox Series X and PC. Unfortunately, the versions for PS4, Xbox One and Switch are currently undermined.

Fantastic cosplay of the nurse from Silent Hill is your nightmare!

Manifest: understand the end of the first part of the 4th season

This War of Mine: The Little Ones: Anniversary with Fundraiser for Ukraine