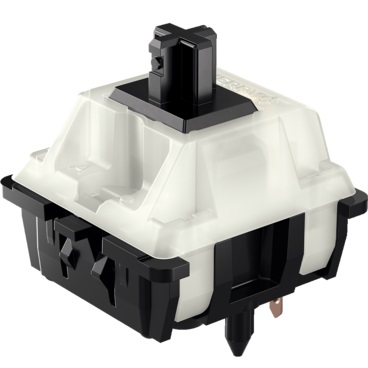 11/07/2022 at 3:21 p.m. by Maurice Riebling – Cherry is reissuing the “Nixies” as an MX Black Clear Top. This brings the switch, which was once known from the keyboards of Nixdorf Computer AG and is now a rarity among connoisseurs, to the market as a new edition.

The German peripheral manufacturer Cherry once produced the keyboard switches known in the community as “Nixies” for the former Nixdorf Computer AG. According to Cherry, the switches are considered a community insider tip among the linear MX switches due to the combination of a smooth switching feel and rich acoustics at the same time, but as the original they are now a very expensive rarity due to their short production time in the 1980s.

The new MX Black Clear Top Switches, which will succeed the Nixie switches in the future and have been optimized thanks to modern materials and manufacturing processes, should remedy the situation. Like the original, the MX Black Clear-Top offers linear shifting and requires an actuation force of 63.5 centinewtons. The pre-travel is two millimeters, while the total travel is given as 4 millimeters. The nib remains the same and has the well-known vintage design with a golden color.

11:51
PCGH basic knowledge: switch knowledge – how do I find the right switches?

Visually, the MX Black Clear-Top stands out due to the milky upper part of the housing together with the black lower part and black plunger. In the 1980s, the former was the specification of client Nixdorf Computer. An increase in the actuation force to 63.5 centinewtons was also one of the wishes of Cherry customers. Nixdorf CT06-CT07/2 M softkey keyboards were once equipped with the Nixies. Areas of application were mini computers, servers and terminals.

The new edition in the form of the MX Black Clear-Top is only available as a 5-pin version including a fixing pin. The switches are optionally available ex works with or without grease. Cherry advertises the factory-greased switches with high-performance lubricant, which corresponds to KRYTOX GPL 205 GRADE 0 in terms of components and properties and is attached “at selected points” within the switch.

The production of the Cherry MX Black Clear-Top takes place exclusively in the German factory in Auerbach, including continuous quality controls. Ultimately, the service life guarantees well over 50 million keystrokes. Meanwhile, the manufacturer does not give a price indication. There is only concrete information about availability. Cherry says that interested parties will probably be able to buy the MX Black Clear Top from the beginning of 2023.

The Witcher 3 on PS5 and Xbox Series X: no transfer of Trophies and Achievements, for CDPR