In the 16th round of the Belgian Championship, Gent beat Brugge at home.

On one of the stands of the Gelamko Arena, a banner was hung out and then removed: “Death to traitors, Yaremchuk is Judas.”

Later, the Belgian club published a statement on the official website condemning the actions of the fans.

Gent does not approve of the banner posted in the address of Roman Yaremchuk. He is disrespectful and has no place in our stadium. It was the work of several people without the knowledge of the club and, of course, without permission. Arrangements were made for the banner to be quickly removed. On behalf of the club, we apologize to Yaremchuk,” the message says. 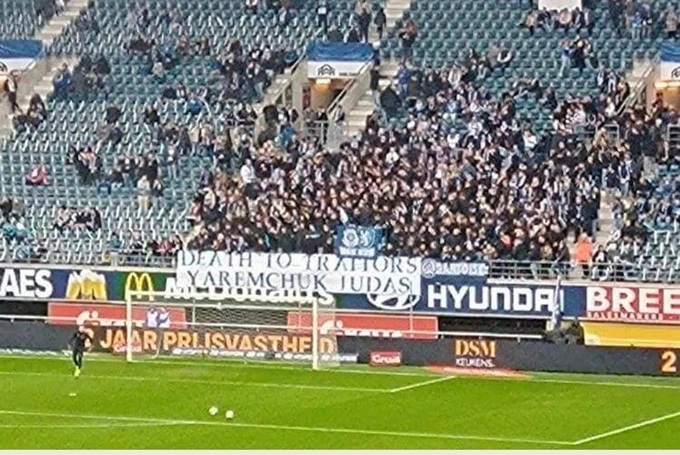 Employee layoffs won't affect content moderation, but if you've lost your password it can be a problem

Who appears first? Starfield or Redfall? Bethesda speaks out

Galaxy S23 and S23 Plus: this is what it should look like

Schumacher was given a condition. The pilot can stay in F-1

YouTube Premium: over 80 million users of this Google service

Dragon Ball: the first blu-ray edition of the cult anime is approaching!