The John Wick films with Keanu Reeves have been hot topics in action films since 2014. After John Wick Hex, Lionsgate is probably considering an AAA conversion. However, it will probably take a while before it is actually published. 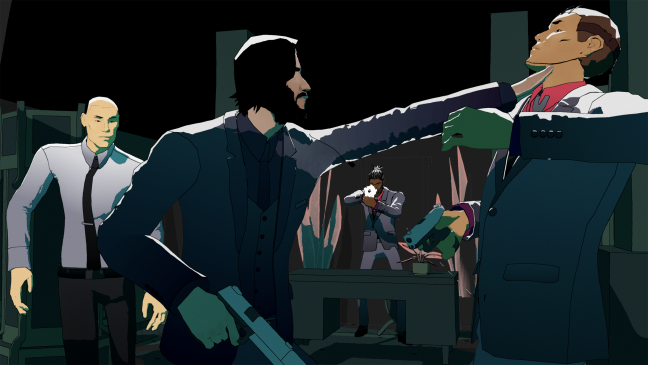 Classic action movies never really died out, but they were certainly past their prime when John Wick hit theaters in 2014. The revenge story with Keanu Reeves hit like a bomb and has so far resulted in two sequels, two more are already being planned, Chapter 5 is scheduled to hit cinemas in 2023. With John Wick Hex, there was already a video game implementation in 2019, but not in action form, but as a turn-based strategy game. Only conditionally appropriate.

As Jon Feltheimer, CEO of the distribution company Lionsgate, revealed in an interview, they are definitely interested in an AAA production with the superbly trained killer. What exactly it looks like, what genre it belongs to and other general information, he didn’t have with him yet.

Specifically, Feltheimer explained: “I don’t want to anticipate too much, but I believe that a big AAA game based on John Wick would have a lot of potential. We have already submitted proposals. We are definitely interested in pursuing this idea, currently want but I say no more about it.”

You can already see that it will take some time before something is really ready to be decided. However, Feltheimer and Lionsgate are likely to open doors to fans with a possible high-quality implementation, after all, John Wick is one of the most successful film brands at the moment. With enough budget, it could also turn out to be a decent action title that captures the spirit of the movies perfectly. Or maybe the game tells a story of its own? We can be excited. But hopefully there is no dog involved, our tender souls could not cope with that.

John Wick Hex gets a release date. Here’s the trailer for it!

Atmosphere of the World Football Party Present at Point Blank, Enlivened by a Number of Events on the Green Field | Aroged

Gamer’s Nexus: Melting 12VHPWR plugs are largely due to users