League Of Legends: What The New Champion K’sante Can Do

At the weekend, the big World Cup final in League of Legends took place in San Francisco – and that also attracted crowds of spectators in front of the screens. 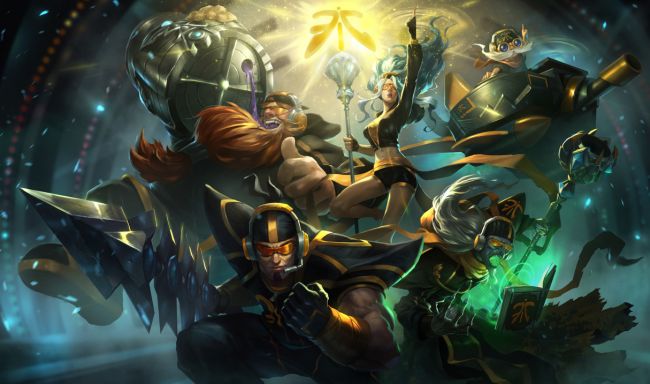 The League of Legends World Championships are over after this weekend’s grand final between South Korean teams T1 and DRX. That final proved to be an absolute crowd puller.

As has now been officially confirmed afterwards, a World Cup final in League of Legends could never bring as many viewers in front of the screen at the same time as this year’s edition. At the top, more than five million fans tuned in and watched the stream at the same time.

According to Esports Charts, the peak was at least 5.1 million concurrent viewers across all platforms. The top number was therefore reached during the second game of the finals, which were conducted in best-of-5 mode. Riot Games’ own Twitch channel had a peak of around 990,000 viewers, the South Korean esports channel for the MOBA had 692,000 viewers. This was followed by a series of other transmissions.

#Worlds2022 has become the most popular tournament in League of Legends history and also helped to update the game’s record by concurrent viewership on Twitch. Read more:https://t.co/GO9ZtYTKnO pic.twitter.com/X9VZvt8oIN

Despite the sizeable viewership, the 2022 League of Legends World Finals isn’t the most-watched esports event of all time. The 2021 Free Fire World Series fared even better with 5.4 million concurrent viewers.

In any case, tuning in was worth it for fans of the game: the series went through the full five games and brought DRX’s underdog story to a splendid end. The South Korean team had qualified for the World Cup at the last minute as the fourth best Korean team, knocked out a number of favorites and finally beat T1 to World Cup superstar Faker 3-2 after being behind in the series.

Pokémon Scarlet and Violet, God of War Ragnarök… the business news of the week