The main difficulty in studying black holes lies on the surface – they are simply not visible through a telescope. It is possible to study these invisible objects only by indirect observations, for which binary star systems are an ideal case. Sooner or later, one of the stars explodes and the supernova turns into a black hole (which does not always happen, but quite often). After that, the black hole begins to absorb the matter of the neighbor, and these processes are easy to detect and evaluate. 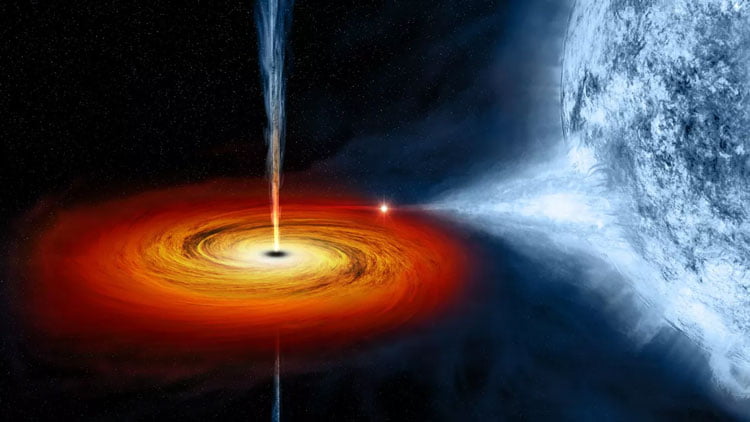 By now, astrophysicists have fairly accurate models for the evolution of black holes. However, accuracy in astrophysics is a very, very relative concept. There are details that elude the understanding of scientists. New scientific instruments are called upon to clarify the nuances, and, in particular, the new NASA Imaging X-ray Polarimetry Explorer (IXPE) space X-ray observatory, which began scientific work in January of this year.

The advantages of the IXPE observatory include the ability to determine the polarization of X-rays. This information allows us to draw conclusions about how it is formed and distributed. An analysis of these data makes it possible to understand how material matter behaves near a black hole and to draw conclusions about the physical picture of processes in all its diversity.

In a recent scientific article in the journal Science, scientists report that, based on archived NASA NuSTAR observations and the NICER experiment aboard the International Space Station, new observations from the IXPE observatory have shed light on the behavior of matter around a black hole in the constellation Cygnus (Cygnus X-1). Astronomers have been able to detect the corona of plasma around the black hole in the Cygnus X-1 binary system and, by evaluating the polarization, determine its spatial orientation.

The corona was found to extend 2,000 km from the black hole’s event horizon. Surprisingly, the corona is somewhat tilted toward the accretion disk—matter torn from its partner star by the force of its gravity. This also means that the black hole’s corona is tilted with respect to the partner star’s orbit. Scientists have suggested that the corona shifted during the supernova explosion, which changed its angle of inclination. The process of interaction between the plasma corona and the accretion disk is not fully understood. The corona is either located above the matter that is pulled into the black hole (sandwich), or is located directly in it.

Also, new observations confirmed that jets – ejections of matter from the poles of a black hole (they are clearly visible in the radio range) – are perpendicular to the accretion disk and, apparently, are a direct process of absorption of matter by a hole. This object is well known to scientists – the black hole Cygnus X-1 has 21 solar masses, and the companion star has 41 stellar masses. The refined data make it possible to evaluate in detail the processes of the flow of the mass of a star into a black hole and eliminate a number of blind spots in understanding the evolution of these objects.

Stranger Things VR Coming in 2023 from Netflix and Tender Claws