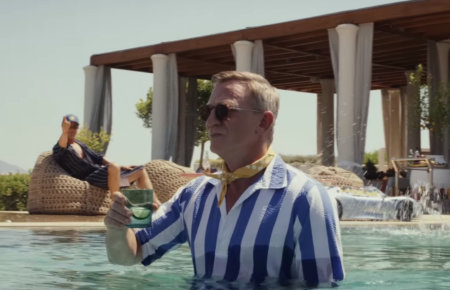 “I invited you all to my island because there will be a murder tonight. My murder,” Norton’s character, Miles Bron, announces in the trailer. It seems that the plot centers on a billionaire who invites his friends to a murder investigation party on a private island.

“We had an amazing cast in the last film and I didn’t know how to top it, but we matched it. The work experience is just to come to the set and shoot these films – it’s so much fun, ”Craig shared his impressions.

Johnson, who says Benoit will play a larger role in the sequel, added:

“Mystery will not be what keeps viewers in their places. First of all, remember that you are making a movie and that it should be a drama, not just a puzzle. It’s really hard to create a good story that feels unique, exciting, and emotionally satisfying at the end.”

The director also expressed hope that Benoit would have a long to-do list, hinting at a continuation of the franchise.

A month before the premiere on Netflix, from November 23, the film will be released in leading US theaters for a week. In total, The Glass Bow will hit approximately 600 theaters before hitting Netflix on December 23rd.

The first film, Knives Out, produced by Lionsgate, was a hit in 2019. Netflix acquired the rights to two of its sequels for $469 million in 2021.

PS5 and Xbox Series X | S on Amazon, the Sony console remains the most desired

Mass Effect: BioWare delights us with artwork for N7 Day, and away with fan theories!

Ryan Garcia: ‘Loma just might be too small for light weight’