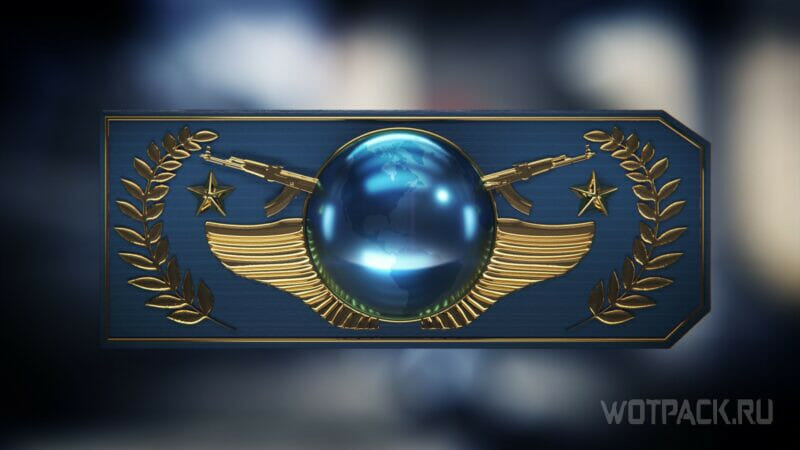 Ranks in CS:GO are an in-game indicator of skill among fans of this shooter. When playing in a competitive mode (MatchMaking or MM), players give everything to the fullest in order to gradually increase their rank and get the coveted Global Elite plate. However, the process of raising the rank has many subtleties and features.

In the guide, we will tell you in detail what a rank is in CS GO, what they are and how to raise them.

What is a rank in CS:GO 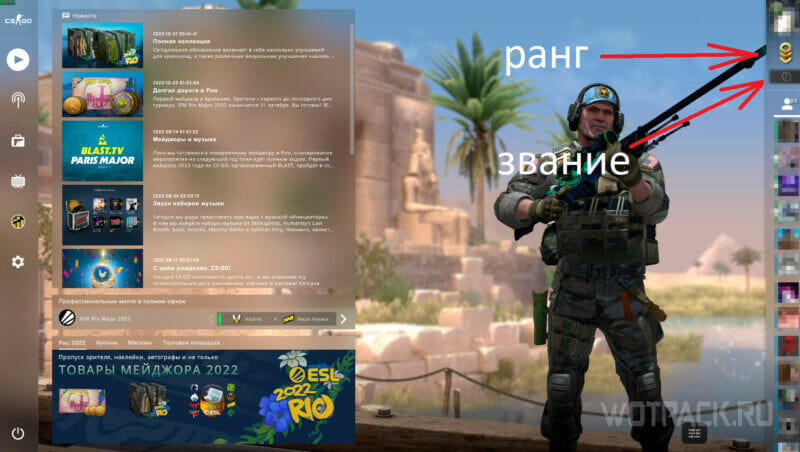 Rank in Counter-Strike: Global Offensive is one way to show the level of your skills and experience. Despite the fact that the level of the FACEIT gaming platform is now much more valued, for many players, the usual rank still matters.

In the main menu on the right side of the screen there is a retractable plate, at the very top of which is the user’s avatar. The first icon below it – rankdenoting in-game level. The next icon above the list of friends is the same rankwhich is also called a rank (slang term). 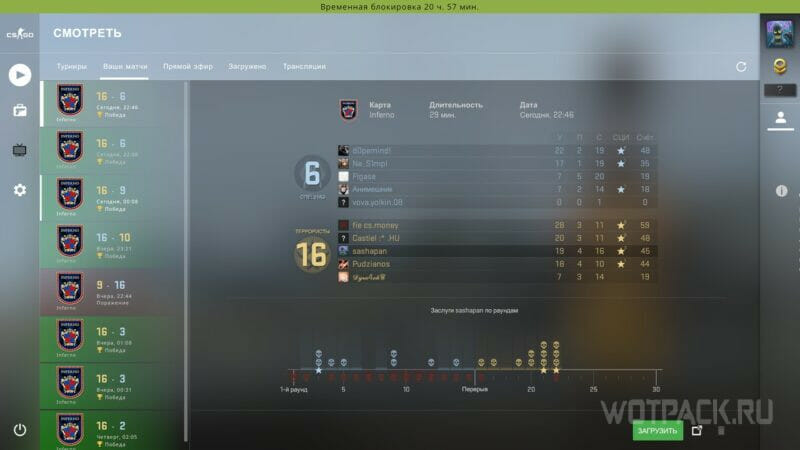 Lock for 2 wins per day

To get your first rank, you need to play competitive gameswhich among the players are called MM (short for MatchMaking). Previously, a new user will have to play regular matches in order to score second level. To earn a title (or, in other words, a rank), you need win 10 games and thereby calibrate. One day you can win no more than 2 timesafter which a 21-hour limit will be imposed on competitive games.

It is worth noting that there are three main modes in CS:GO: competitive, partners and restricted area. Each of them has a separate rank system.

After you win 10 games, get your first rank: the lowest possible – first silvermaximum – legendary golden eagle. The following factors influence which rank a player will receive:

How many losses there were during calibration: the higher the win rate, the higher the final rank will be. What score the player had in matches: the higher the K/D (kill-to-death ratio), the better. Levels and titles of rivals. The rank is also affected by the experience of opponents, because the stronger the enemies, the more difficult it is to defeat them.

The rank system requires constant updating. If the user is not playing competitive matches over 30 daysthen its rank will go to the state “The title is obsolete» until the player finishes at least one match. In addition, if a VAC anti-cheat or a patrol bans a player from an allied or enemy team, then the title will also become obsolete, and the game with the cheater will be canceled.

How many titles in CS:GO

In total, there are 3 main competitive modes in CS:GO, for each of which the user will have a separate title. Such a system allows you to more accurately determine the user’s skills in various areas: team play, pair play and survival in the “zone”. In total in CS GO 51 titles. 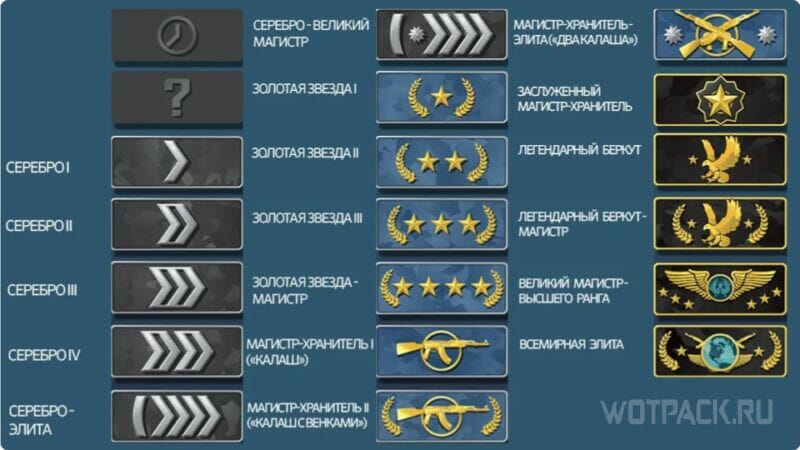 In 5v5 competitive mode, there is 18 calledstarting with Silver 1 and ending with the World Elite. 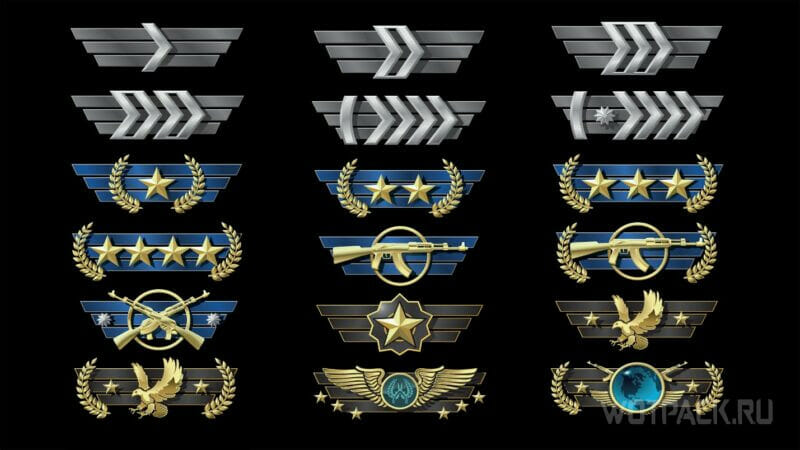 In partners, the system is similar to the usual competitive mode: here you can also 18 called. They look almost identical and are considered exactly the same: the only difference is the appearance, so that the modes can be distinguished. 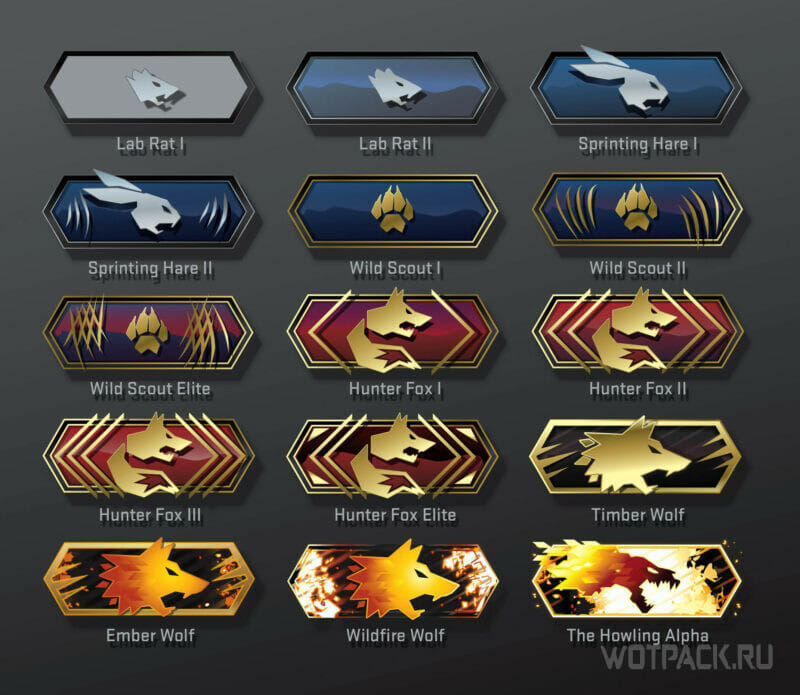 Last game mode – restricted area, which is the local battle royale. Here, the ranking system is completely different from normal competitive games. Titles total 15instead of the usual 18. If in MM the ranks are based on the military, then the theme of predators can be traced here: from the Lab rat to the Howling Leader.

Ranks in CS:GO in order

In total, there are 18 ranks in the CS GO 5v5 competitive mode. In the table below, all of them are presented in ascending order: from silver 1 to the World Elite. For convenience, we have indicated the slang meanings used by experienced players.

Partners in CS:GO is also a competitive mode, but there are several features:

The battle takes place in 2 by 2not 5v5. The battle takes place on a stripped-down version of the map with one bomb site. Match lasts about 10 minutes, instead of the usual 30-40 in a full-fledged MM. The maximum amount of money in the player’s account – $8000. To win you need to win 9 roundsnot 16.

Because of these aspects, it is much easier to play and win in partners than in the usual competitive mode. Therefore, the rank in them is valued much lower than the rank of match-making. A player whose rank in MM is Gold Star 2 can easily have an Honored Guardian Master as a partner.

restricted area – a local analogue of the royal battle, released in 2018. As in other representatives of this genre, players land on one of the maps on which they need to find weapons, money and ammunition. With the help of the equipment found or purchased, the “guinea pigs” must destroy all opponents and remain the only survivors. This will interfere with various traps and a moving zone, which gradually narrows the battlefield, making survival more difficult.

In this mode, as well as in competitive, there is a system of ranks, there are 15 in total. To earn a rank, you must pass the usual calibration, consisting of 2-10 matches (everything is universal for each player and his skills). After passing, a title is issued from Lab Rat 1 to Fox Hunter – Elite. The Forbidden Zone is less popular, so few people look at the title of this mode.

The influx of new players in CS:GO is now much less than before, and the former “newcomers” are becoming more and more experienced. For this reason, the average rank in 2022 is significantly higher than a couple of years ago. Most of the high-ranking players are moving to FACEIT due to better anti-cheat and competitive system. At the moment, the statistics of ranks in CS:GO is as follows:

The most common rank among players in competitive matches is Guardian Master 1and the rarest Silver 1.

Distribution of ranks according to the skill of the player

A rank in CS:GO is one of the indicators of a player’s skill and experience. All ranks in CS:GO can be divided into several categories that determine the skills of users and their skills. Despite this, you should not immediately judge only by rank: it is quite possible that a player in CS:GO will have a Gold Star 3, and on FACEIT – level 9. 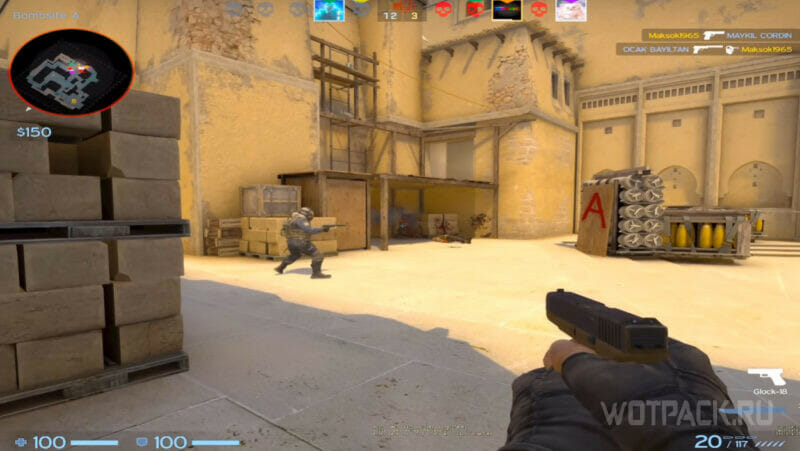 The category of beginners includes players with titles from Silver 1 to Golden stars 3. These users know the basics and maybe shoot well, but are still far from understanding the game. Most likely, such players are not yet versed in maps, informing allies, spreads and recoil control. At these ranks (especially at the first “silvers”), it is extremely common to find experienced players playing for fun, as well as bots farming chests during operations. 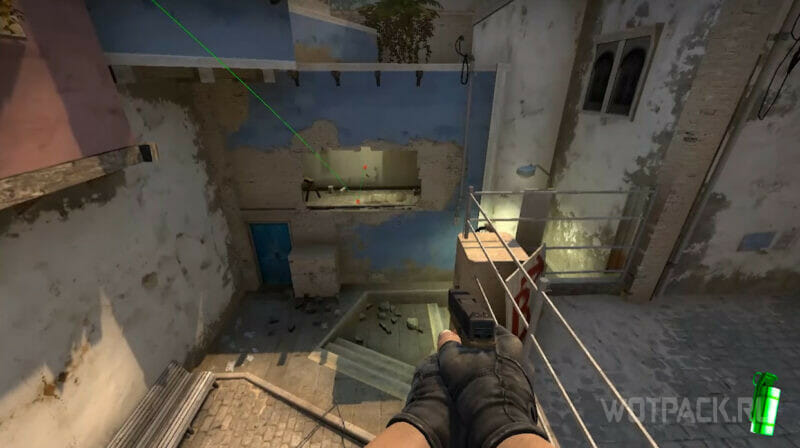 This group includes players with ranks from Gold Star 3 to Guardian Master – Elite. These users often already know all the names of positions, spreads, have a certain pool of maps they play on, and have also mastered the basic nuances of shooting. The main difficulty of this category is that, very often, players get stuck on their ranks and cannot move on. This happens due to lack of experience or bad allies. 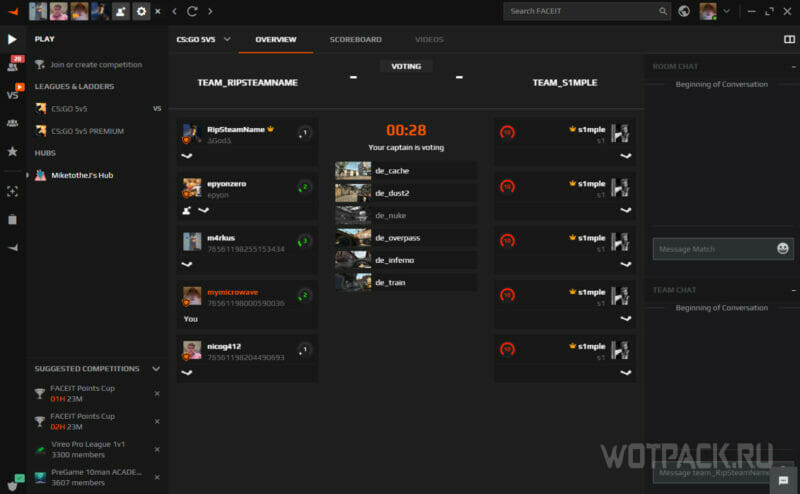 Advanced players include titles from Guardian Master – Elite to Legendary Berkut – Master. These users know all the main maps by heart, remember most of the spreads, take only “classic weapons” because they know how to control the recoil. Most often, at such ranks, there is a fairly good teamwork, knowledge of the game and confident independent actions. It is easy to meet full-fledged teams with clear roles and understanding of each other. 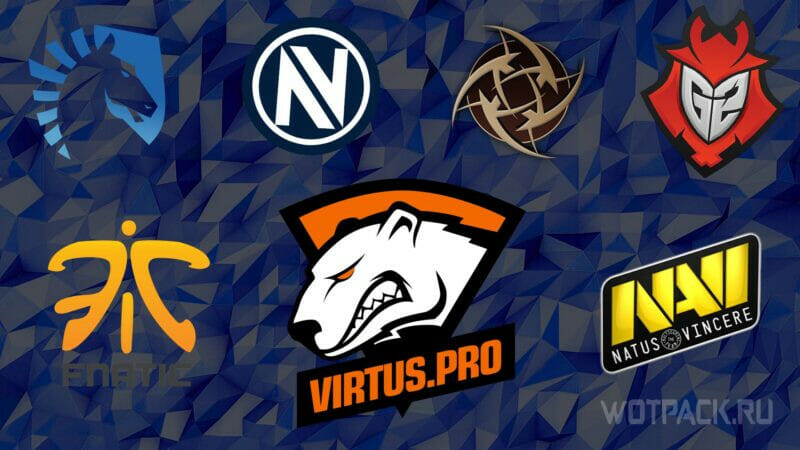 The titles of “Supreme” and “Global” can be attributed to the Major League. Players at these ranks (with the exception of the “booze” ones) perfectly understand the intricacies of the game and teamwork, they understand all the main battle tactics. Almost all users of this category abandon regular MM and switch to FACEIT to fight more experienced opponents and even try their hand at esports tournaments.

How to increase your rank in CS:GO

Raising the rank in CS:GO is extremely difficult: both because of the need to really try and improve your skills, and because of the unusual rank-up system. Below we will provide some tips, following which you will be able to win more often. 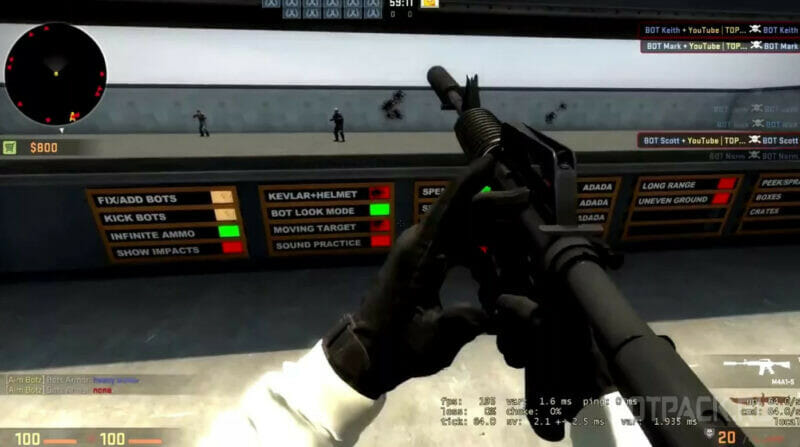 If the goal is to raise the rank, then it is worth pumping one of the most important skills – shooting. It’s about both accuracy and recoil control. Special cards that can be customized will help you with this: place bots, make them run, give them armor and much more. Before playing the competitive mode, you should go for 5-10 minutes and warm up, for example, on the following maps: 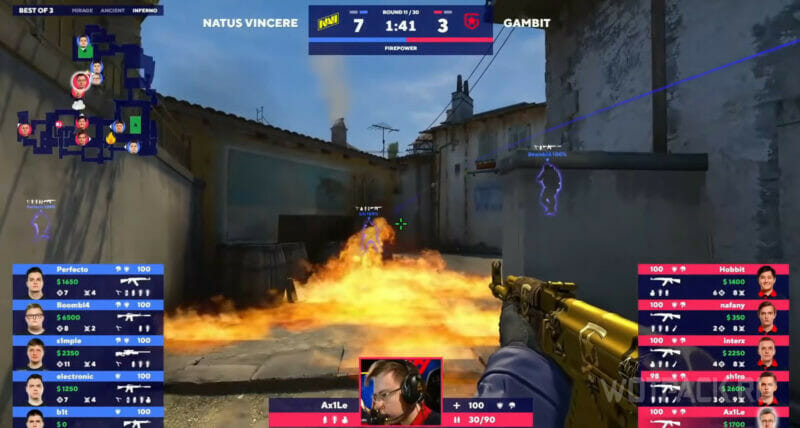 Do not forget that CS GO is a team shooter. Even if there is a feeling that you can destroy the entire team of opponents on your own, do not forget about partners. It is important to clearly understand when it is possible to separate and get a few kills, and when need to be with the team and help her. If you always leave your comrades, leaving them in the minority, it will not lead to anything good.

Play with your team 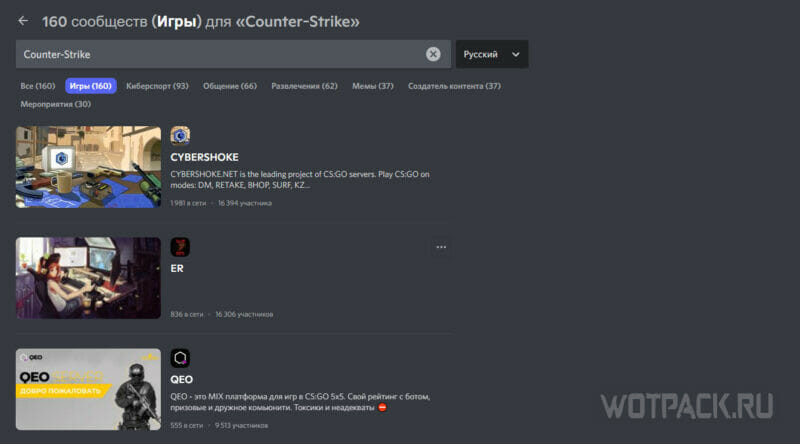 Any player in team games knows perfectly well that random comrades do not always help to win, and sometimes even vice versa. Deliberate feeding, interference with play, toxic behavior – all this can occur when playing with “randoms”. If after many games you manage to play well, give information and kill a lot, and the team is still running with zero kills for four, then you should find a permanent. Invite friends, add good players, look for partners on thematic Discord servers and create your own team with which you can play and win more often.

At all ranks, sometimes you can meet extremely rude and toxic players. Some really play well and blame the team for not helping, while others just take it out on random teammates. If the goal is to win, and not to quarrel with someone, then the best solution is to simply drown out the rude person and not confront him. Otherwise, the mood for the game will disappear, and it will be much more difficult to win. If you really can’t kill, and the attacks are justified, then you shouldn’t be upset – try to catch up on the lost kills. 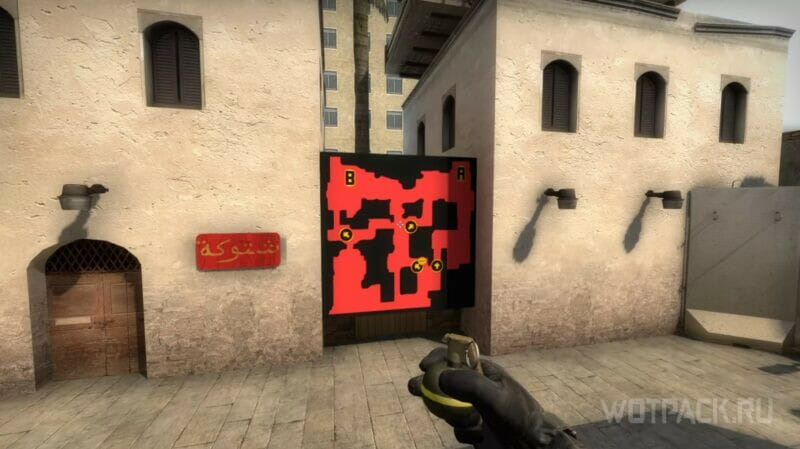 Playing shooters is almost impossible without analysis and planning. It is worth constantly monitoring the style of the game opponents and take action based on that information. Did you understand that the enemy team is used to walking through some position? Take it first and set up an ambush. Enough money only for the AK-47? Buy a submachine gun and “farm” yourself with a rifle, body armor, helmet and grenades. It should be understood that each game, one way or another, differs from the previous one and need to adapt.

We hope that our guide to CS:GO ranks has helped you learn how to rank up in CS:GO and improve your game. If you have any questions or want to share tips with other players – write in the comments.

There is a condition. It became known when the blackouts will stop in Kyiv

Apple Airpods Pro (2nd Generation) Wireless Headphones Review How is it different from Airpods Pro (1st generation), is it worth changing?