Reddit user Soniclikeschicken claims to have completed the Nintendo Switch version of the game two days before its November 8, 2022 release. He provided a screenshot of the game’s end time, which can be seen below. 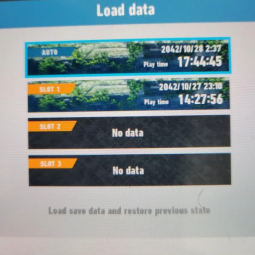 Soniclikeschicken stated that he completed Sonic Frontiers on a hard level, and judging by the time it took them over 17 hours to complete. As it turns out, the difficulty adds an extra phase for the final boss and lowers Sonic’s defense and damage output. It has also been revealed that the game features an Arcade mode that allows players to replay cyber stages and track stage times.

Considering that Sonic Frontiers can be completed in 17 hours on hard mode, the game should take a few hours less on normal difficulty, which suggests that this is a relatively short game. The ability to play cyber stages in arcade mode and compete against other players for stage time on the leaderboards should add some replay value, though.

The Sonic Frontiers review embargo is expected to end on November 7, 2022, one day before the game’s release. So fans can look forward to what the critics have to say about the game before picking up their copies and heading out on the blue hedgehog’s latest adventure. Previously, the system requirements of Sonic Frontiers for PC also became known. The game is currently available for preload two days before release.

Radivilov won the bronze of the World Championship, the victories of Dnepr-1 and Dynamo

Mass Effect will be single player, BioWare confirms. However, the exit is far away

Modern Warfare II, FIFA 23 and Gotham Knights are October’s most popular games on the PlayStation Store