Sword Art Online: Last Recollection is a new action RPG based on the popular anime franchise. The title is set to be released sometime in the coming year.

Just in time for the 10th anniversary of the „Sword Art Online“anime, a big online event took place over the weekend. As part of this live stream, a new action RPG for the successful franchise was announced with “Sword Art Online: Last Recollection”.

Retelling of the War of Underworld arc

The story of the upcoming game will be based on the War of Underworld arc, which forms the second part of the 3rd season of the anime series. However, the game does not expect a simple retelling, but an independent interpretation of the story line. The announcement video states that “an unknown adventure is about to unfold”. How exactly the story will differ from the template is not yet known.

In addition, those responsible promise the largest roster of playable characters that has ever existed in a “Sword Art Online” game. Series protagonists Kirito, Asuna, Shinon and Leafa have been confirmed so far. In addition, fans can look forward to Alice, Eugeo, Bercouli, Cardinal, Shasta, Lipia, Iskahn and Dee Eye Ell. They will all be voiced by their well-known original Japanese voice actors in “Last Recollection”.

In addition, the makers announced Dorothy and Sarai, two original characters that were specially designed for the action RPG. Also, singer ReoNa returns to the franchise. She will contribute the theme song of the upcoming action role-playing game. ReoNa has a long history with the Sword Art Online franchise, having contributed songs to the anime series in the past.

In addition, those responsible confirmed that we will not only expect a classic single-player experience with the upcoming game. There will also be a multiplayer mode on board, in which up to four players can start the adventure together online.

Sword Art Online: Last Recollection is scheduled for release in 2023 for PlayStation 4, PlayStation 5, Xbox One, Xbox Series X|S and PC (via Steam). An exact release date is currently not known. 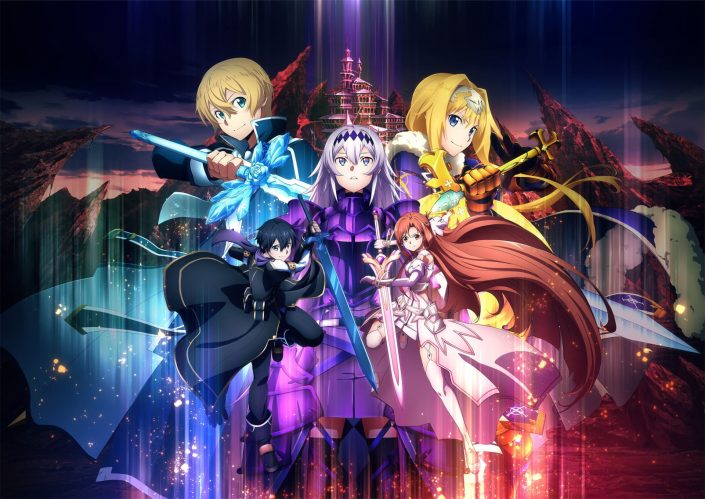 Are you looking forward to Sword Art Online: Last Recollection?

Amazing Frog lands on Android: it is the precursor of Goat Simulator for OUYA