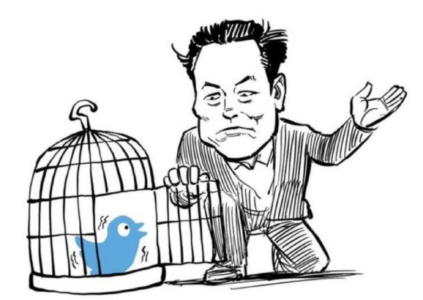 Shortly after Elon Musk bought Twitter for $44 billion, the company fired a lot of its employees – about half of its entire staff. But it turned out that without key employees, the company could not function properly, and now Twitter has asked dozens of laid-off employees to return to work.

Sources familiar with the peculiarities of the return of employees shared some details. As it turned out, some of the employees were dismissed by mistake. Some more employees were laid off even before management realized that their work and experience might be needed to create new features that Musk wants to implement.

Note that Twitter fired about 3,700 people last week by sending them email notifications. This decision was made to reduce costs after the acquisition of the company by Elon Musk. Many employees have learned they have lost their jobs after their access to company-wide systems such as email and Slack was suddenly suspended. Asking employees to come back demonstrates how hasty and chaotic the process has been.

“In regards to downsizing Twitter, unfortunately the company has no choice when the company is losing more than $4 million a day,” Musk wrote.

According to people in the know. The layoffs left the company with about 3,700 employees. Musk is pushing those who stay on Twitter to implement new features quickly. In some cases, employees even slept in the office to meet new deadlines.

Note that in addition to cutting costs, the new management of Twitter is also trying to increase the company’s revenue. For example, the more expensive Blue subscription is being rolled out at $7.99 per month. It offers a verified profile badge (with a “blue checkmark”), longer audio and video messages, and half as many ads.

The company planned to launch the Blue subscription as soon as possible. Musk demanded that it be implemented by November 7th. But it has come to light that Twitter is delaying the launch of the feature until after the U.S. midterm elections this week. This decision was made due to concerns that “verified” users posing as politicians and news outlets could cause confusion. Therefore, according to an internal memo, the executives “made the decision to postpone the launch of this release to November 9, after the election.”

Zhaoxin KX-6000G has up to 60 percent improved GPU

Resident Evil Village VR could also arrive on PC, according to a dataminer

Gifts for Christmas! Buy various Xiaomi products at a discount

The Callisto Protocol compared on PS4, PS4 Pro and PS5