The developers from the Polish studio The Parasight together with the publishing house Focus Entertainment have published an overview gameplay trailer for the Blacktail folk adventure action game about the young Baba Yaga. The video was accompanied by the announcement of the exact release date. 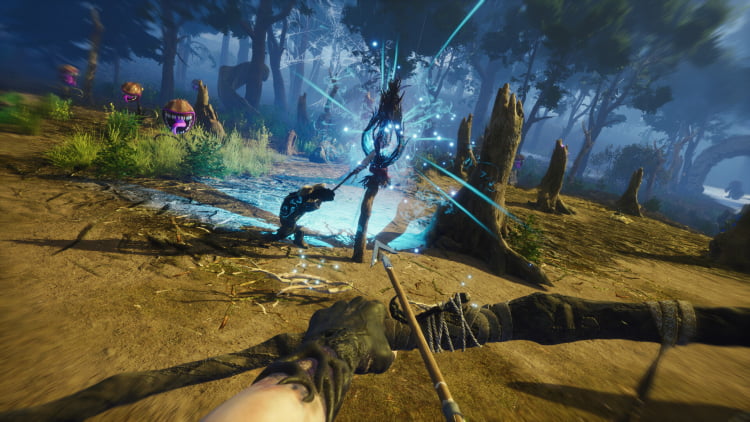 Blacktail is a surreal first-person action-adventure game set in a dark fantasy world filled with fairy tales and legends. The main role goes to the young Baba Yaga, a girl accused of witchcraft. When the vivid memories of the heroine’s past begin to return in the form of dirty walking spirits, she has no choice but to hunt down her pursuers in the hope of unraveling her own secret.

After the heroine learns to use a bow and cast spells, the game will regularly throw moral dilemmas on the gamer. Young Baba Yaga can become a good witch or an evil witch – it all depends on the player’s decisions.

“Gather materials to create a variety of potions and arrows, engage in exciting boss battles with your trusty bow and gloves, and encounter a variety of whimsical and chatty creatures. Lift the veil over your past, decide the fate of the land and its inhabitants, witness how each decision affects your skills! – says the official description of the game.

Blacktail will go on sale on December 15 on PC, PlayStation 5, Xbox Series X and S. Information about the exact release date appeared in this trailer, although the specified date appeared on the game’s Steam page back in the summer.

Battlefield 1 surpasses 50,000 players on Steam thanks to a Battlefield 2042 offer and shreds

Portugal: companies use pirated software to cut IT costs