Amazon versus price comparison: How cheap is the shop for graphics cards, CPUs and SSDs outside of sales? 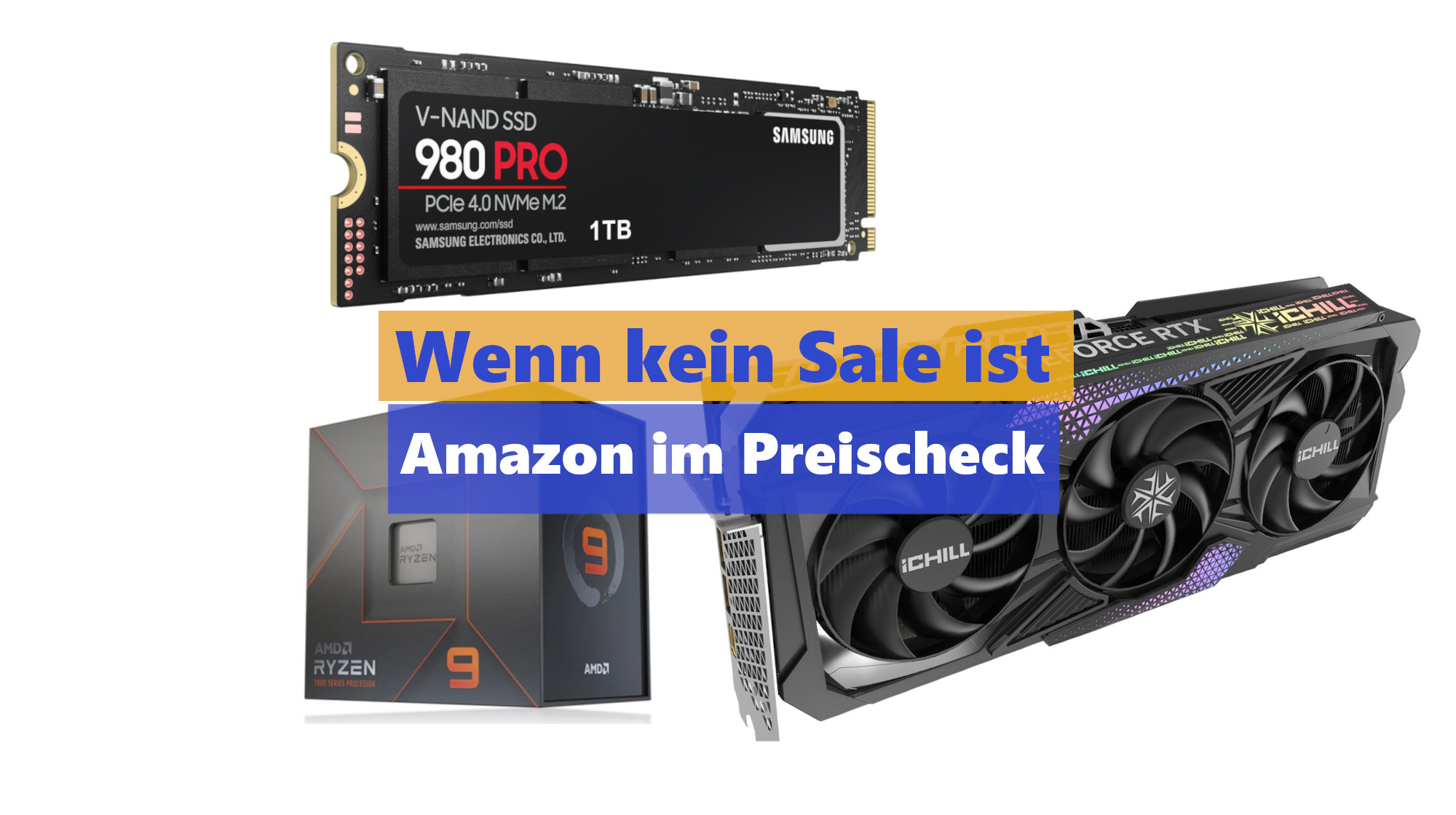 The agony of choice does not end with the decision for graphics card, CPU or SSD. First it has to be clarified where to buy the object of desire. Shipping giant Amazon is certainly the first port of call for many. However, the online shop for PC components is not the cheapest provider. And so some prefer to look again at price comparisons like that of Geizhals, where the choice then quickly falls on the cheaper dealer.

Actual price differences may not be so important when Amazon ranks at the bottom simply because of the sheer number of retailers. In the end, however, there may only be small price ranges between the individual providers. But how big are the price differences really? Is the expensive Amazon cliché true, but are there other disadvantages? We took a look at the price differences using popular PC components from the CPU, graphics card and SSD areas as an example.

When it comes to the processors, you can’t draw a uniform conclusion. With the Ryzen 7 5800X, there are hardly any measurable differences between Amazon and the cheapest retailer, but the Ryzen 7 5800X3D is already 9.4 percent more expensive at the shipping giant. The Ryzen 5 5600 and the Ryzen 5 5600X fare better, costing 5.8 and 4.3 percent more on Amazon. The difference between the trading platforms is clearest with the Core i5-13600K: Here it is 10.2 percent.

Also worth reading: Availability ticker: Here you can buy the coveted Geforce RTX 4090

Amazon is not the same as Amazon

What is also striking: Two of the five CPUs are not available directly from Amazon, but from third parties, which certainly has something to do with the fact that the Americans are not as fixated on PC components as Mindfactory or Alternate, for example. With the Ryzen 5 5600X you also have to accept some delivery time. For the sake of completeness, we’ll take a quick look at the flagships of the current CPU generation and one mid-range model each. Since Intel’s Core i5-13600K was already in the top 5, we go up a notch here:

In this list, too, the differences weigh unevenly. A cliché that is not directly related to the price also seems to be confirmed: New CPUs sometimes take a long time before they officially appear on Amazon – or stay there. Both CPU flagships and the Ryzen 5 7600X can only be ordered from third parties, while Amazon is promising the Core i7-13700K for the beginning of next week.

Amazon should also make whether and when a CPU is included in the portfolio dependent on demand. Mid-range processors, which are not only often searched for, but actually ordered, apparently beat their more powerful siblings here. But that shouldn’t be a disadvantage for the general public.

Benjamin MENDY: "Prison taught me the value of money"

This is how the FritzBox regulates your power consumption

trailer for the launch of the new season of Battlefield 2042

NordVPN launches its Black Friday offer: it’s the best time to subscribe to a VPN offer