Back 4 Blood: River of Blood – first details of the third expansion

A little over a year ago, the action game Back 4 Blood was released. Since then, two more DLC packages have followed, but that’s not the end of it. Now a new expansion has been announced with “River of Blood”. 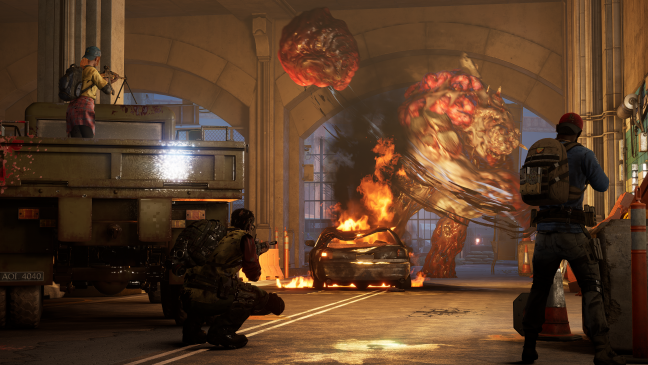 Warner Bros. Games and Turtle Rock Studios have another major add-on planned for Back 4 Blood. The meanwhile third additional content bears the name “River of Blood” and has now been provided with the first details.

The release of the upcoming expansion is already certain: “River of Blood” should be officially available from December 6, 2022. The DLC is part of the annual pass to the game, which comes with the Deluxe Edition or the Ultimate Edition. In addition, this can also be purchased separately.

What are you getting in the expansion this time? “River of Blood” brings you first a new story campaign with a five-map mission in which you travel upstream, collect supply points at certain points and face new enemies.

To better assist the Cleaners in this mission, the expansion introduces Tala, a former cultist outcast turned Cleaner. She is accompanied by a Ridden companion named Jeff, a friendly Tallboy who can be summoned to help the team. Jeff causes Ultimate Devastation when hit by Tala or other cleaners on your team.

A new PvE co-op mode will also be released along with the add-on. From December 6th to January 4th, the holiday event returns. Here you can enjoy festive decorations in Fort Hope, listen to the holiday music or get holiday skins, emblems and more.

Gran Turismo 7 on PC? Polyphony Digital is considering this idea

Samsung Galaxy A14 5G is the next budget smartphone for 2023