The Chinese Aerospace Science and Technology Corporation announced “landmark” tests of the YF-130 advanced liquid rocket engine for the first stages and boosters of future superheavy launch vehicles. In terms of thrust, the new engine surpassed the Chinese “workhorse” – the YF-100 engine – four times and turned out to be more powerful than the Russian RD-180 engine – the leader in modern rocketry. 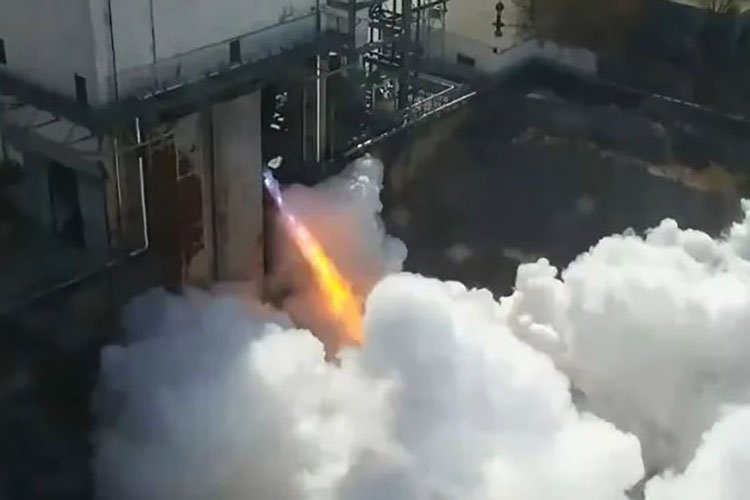 Tests of the YF-130 twin-nozzle engine took place last Saturday at test bench No. 6 of the 101st Institute of the China Aerospace Science and Technology Corporation, the country’s main developer of liquid-fuel rocket engines. The engine has developed a thrust of over 500 tons. It is fueled by liquid kerosene and oxygen. It is assumed that the YF-130 engines will be installed both on boosters and on the first stages of launch vehicles for China’s future lunar and Martian programs.

At the same time, it should be noted that China has not presented clear plans for the future of super-heavy rocket science. It was expected that the Moon and Mars would be handled by a one-time Long March 9 rocket. Later, options appeared for turning the Long March 9 into a partially reusable and fully reusable one, similar to Elon Musk’s Starship rocket. In any case, the new engines will find application both for building a base on the Moon and for flights to Mars.

Also, Chinese rocket scientists are moving towards the creation of reusable rocket engines on oxygen and methane. Recently, such an engine (YF-209) with a thrust of 80 tons was tested at the stand. Once accepted into production, such an engine could push the development of the private space sector in China. It is claimed that the YF-209 engine can be used up to four times with preparation for launch within 48 hours after the flight. The novelty is characterized by low cost, ease of maintenance and high reliability.

Finally, last month, China’s commercial space flight company LandSpace completed a full-system test of a TQ-15A engine powered by liquid oxygen and methane with similar thrust as the main engine for the Zhuque-2 rocket, which is expected to complete its mission. first flight in December.

Belgians will receive social rate for internet from 2024 - Aroged

Nadal and his wife launch a perfume collection