eFootball 2023 is about to receive the bulk update 2.2.0 these days, at the end of a gigantic maintenance which will unfold within three days, from 14 to 17 November 2022according to reports from Konami on the official football blog.

It is unclear whether part of the gaming platform is being discontinued for all three days in question, but Konami has clearly reported that this is a “large scale” maintenance period, which will start at 1:00 am on November 14, 2022 (Italian time) and will continue until November 17, 2022, at different times depending on the geographical areas.

According to Konami’s notes, during maintenance it appears that the only mode available is the Trial Match offline, but it is not clear if for all three days from 14 to 17 November it is impossible to access all the other modes of eFootball 2023. 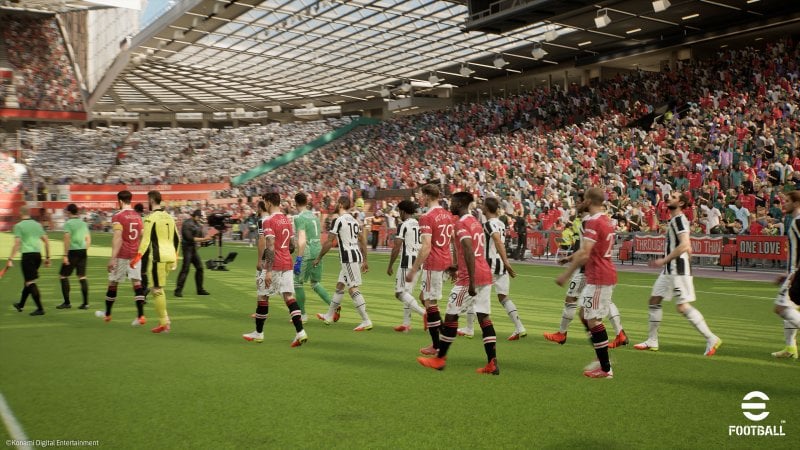 eFootball 2023, an image of the Konami football game

In any case, Konami also promised 300 eFootball Coins come ricompensa for the interruption of the service, for all those who have an account created before the start of maintenance.

The maintenance period, according to Konami’s notes, could also be further extended if necessary. The purpose of this extensive management operation of eFootball 2023 is to carry out the modification and the transfer of all game assets towards the new version, which will then be available at the end of the update.

As reported on the official website, all coins, points and GPs will be transferred to the 2.2.0 version of eFootball 2023, while it is not certain that the chosen team will be completely transferred from one version to another, in case there are any variations on usable licenses.

Otherwise, all contracts, agreements, renewals, training programs, goals and user access settings will be routinely transferred to the new version of the game. The distinctions concern above all the players and the coaches: if the cards are suitable for transfer, they will be found regularly in version 2.2.0, otherwise they will be converted in other ways, as reported on the information page in this regard.

Bale is Man of the Match USA-Wales