Eurodraws, rivals of Shakhtar and Dnipro-1, the future of Tsygankov and Dovbik 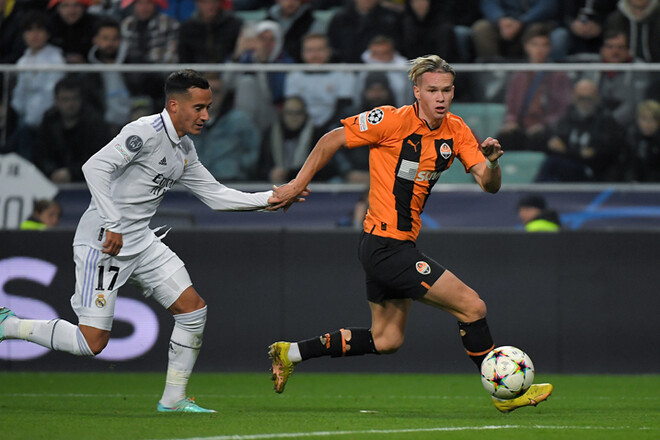 We invite you to familiarize yourself with a selection of the main news and materials on Aroged for Monday, November 7.

2A. Shakhtar’s rival has become known: a pair of Europa League play-offs. The Pitmen found out who they will fight for reaching the 1/8 finals

2B. When will Shakhtar play? The time of the matches of the 1/16 finals of the Europa League has become known. The play-offs will take place on 16 and 23 February 2023

3. It became known with whom Dnipro-1 will play in the 1/16 finals of the Conference League. According to the results of the draw, the pairs of the first stage of the playoffs were determined

5. “Not a business, but a casino.” Dynamo cannot convince Tsygankov to sign the contract. The player wants to leave, and the club wants to agree on a new contract

6. Conducts experiments. Rotan named Ukraine U-21 squad for two matches. The team is preparing for Euro 2023

7. Without Firmino and Coutinho. Brazil’s squad for the 2022 World Cup has been published. 26 players will go to Qatar

8. Sanon won’t help. The national team of Ukraine began preparations for the selection games for the World Cup. On the eve of the meetings with the Netherlands and Iceland, personnel changes took place

9. Fraser Clark is Britain’s next heavyweight star. Who is he? Knocked out everyone in the pros, but did not last against Joyce in the amateurs

10. Kubacki dominance and FIS zashkvar. Results of the ski weekend. Aroged sums up the results of the week in ski sports

Elon Musk claims that under his leadership, the number of followers of Twitter has reached record levels