Geforce RTX 4080: View of the PCB including the Founders Edition AD103 GPU 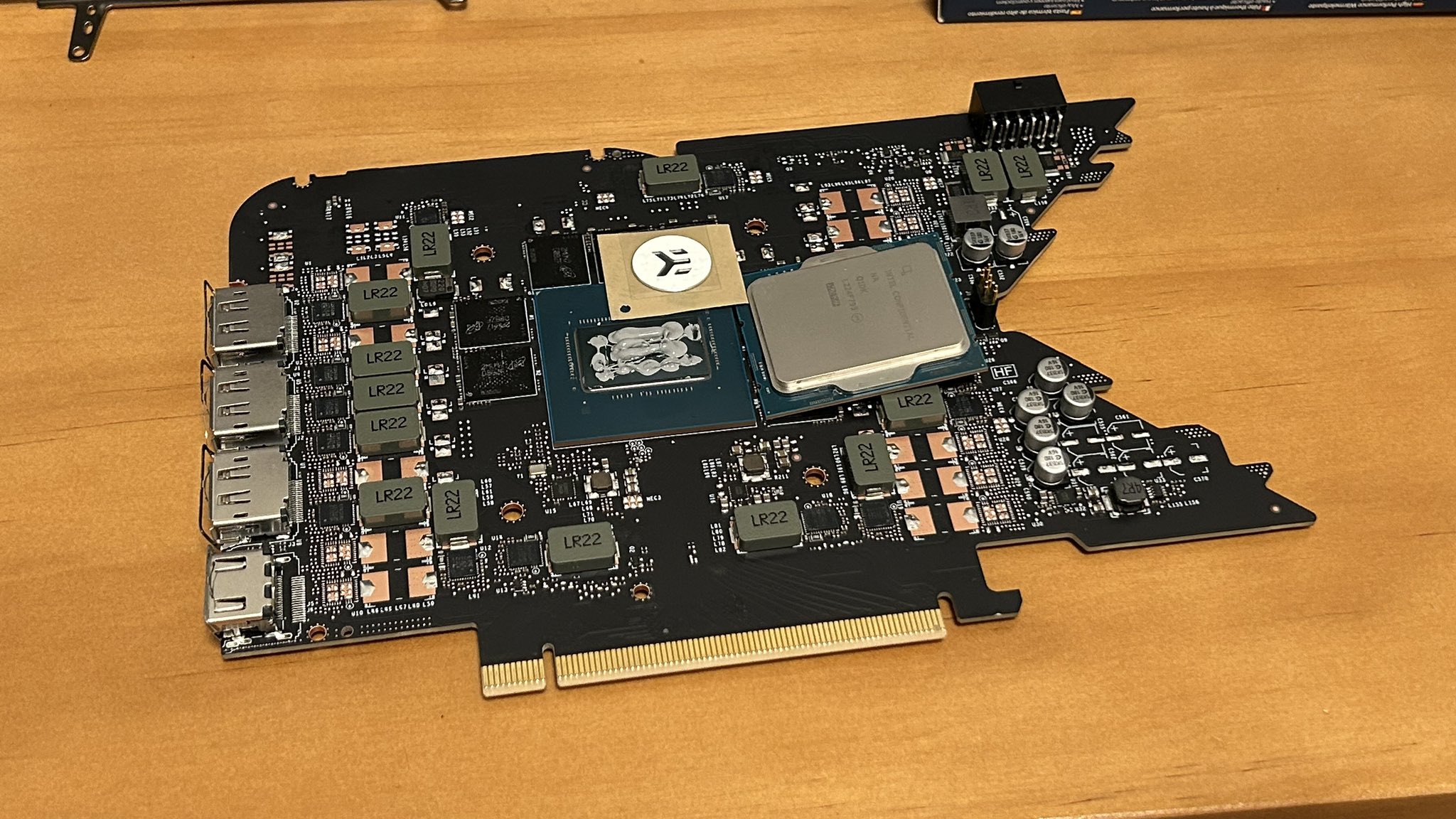 11/08/2022 at 17:41 by Oliver Jäger – A Twitter user has provided photos of the circuit board of Nvidia’s Geforce RTX 4080 Founders Edition including the AD103 GPU. It is noticeable that the space on the graphics card was only used sparingly, which allows speculation about a possible upgrade to a 4080 Ti. On November 16th, the RTX 4080 finally hits the market.

In September, Nvidia’s CEO Jensen Huang presented new graphics cards based on the Ada Lovelace architecture. On the one hand, there was the expensive flagship Geforce RTX 4090, which was able to get positive things out of its performance, but was also affected by the controversy about charred 12VHPWR connectors.

On the other hand, Nvidia planned to release two Geforce RTX 4080 models with different memory configurations, 16 and 12 GiB, although the latter had been withdrawn. The response from the community certainly played its part.

Twitter user “KittyYYuko” has now been able to provide photos of the board including the AD103 GPU of a Founders Edition. However, the Twitter user did not want to photograph the PCB in its entirety, which is why it covered areas in the GPU area with an Intel CPU and a sticker of an EK logo. It is not possible to see how many VRMs are actually installed on the board. To all appearances, it’s not even half of all GPU VRMs.

Of course, the 12VHPWR connection, which Nvidia wants to use for all its GPUs from the RTX 40 series, should not be missing. As is well known, the RTX 4080 is equipped with 9,728 FP32 ALUs and 16 GiB memory, which is distributed in eight 2 GiB memory modules around the GPU. This is connected with 256 bits, while the Geforce RTX 4090 offers a 384-bit bus in this area. In addition to looking at the RTX 4080’s board, KittyYYoku also mentions that the card scored 14,100 in the Time Spy Extreme, which would be consistent with other test environments.

Considering that there is still plenty of space on the PCB shown, one could assume that Nvidia is considering an upgrade, possibly to a Geforce RTX 4080 Ti. However, nothing has been officially confirmed yet. In any case, next week, starting November 16, the RTX 4080 will be available in stores at an MSRP of USD 1,199 or EUR 1,469.