November 8th, 2022 at 3:00 p.m. by Matthias Brückle – Mass Effect 5 is in development, that much is certain, but fans are still groping in the dark about what exactly they can expect from the sequel of the great sci-fi series. In line with N7 Day, the people at Bioware have now published exciting teasers – including a secret message from Liara.

November 7th is to Mass Effect fans what May 4th is to Star Wars fans: a day to celebrate the community and world of Mass Effect! Accordingly, players look forward to news every year about what’s next in terms of Mass Effect. Accordingly, yesterday, November 7, 2022, there was an exciting teaser for Mass Effect 5, which is officially in development. Clever fans have even discovered a secret voice message – with fan favorite Liara!

Next Mass Effect will not be a multiplayer game: Bioware officially confirms the focus on the usual strengths of the RPG series.

Mass Effect: Why it’s great that the new part relies on Unreal

Bioware looks set to return to the Unreal Engine with the next Mass Effect – we explain why gamers should be excited!

While the Mass Effect trilogy relied on ancient mass portals built by a long-lost civilization, the teaser hints at a groundbreaking development: is there going to be a human-brand mass portal being built? 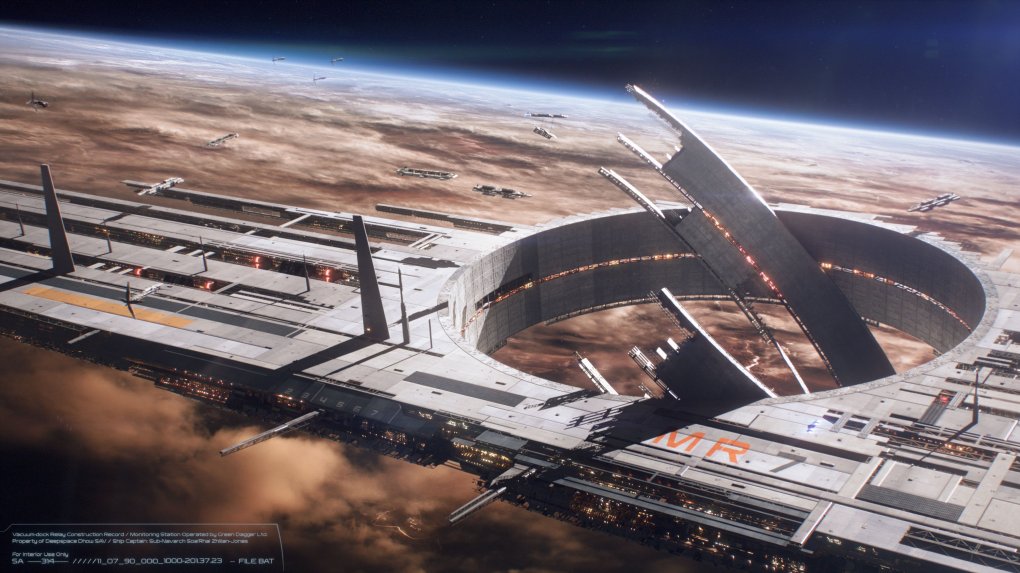 Human mass portal in Mass Effect 5? The elongated shape with the rotating ring element suggests a replica of the iconic fast travel portals. Source: Bioware The shape is definitely reminiscent of the mass portals, just with the rather angular look that we know from human space stations and spaceships from Mass Effect. Appropriately, fans have also decoded a voice message in which Commander Shepard’s asari girlfriend is talking about a mysterious topic. The unmistakable sounds of the geth people ring out. Liara herself says: “Exactly. The Council will be furious. Although they should know by now that human defiance should not be underestimated.” This suggests that the Alliance has ignored Council decisions and built mass portals.

The text from the teaser image also causes a lot of discussion among Mass Effect fans. Finally, there is direct talk of a “vacuum-dock relay”, which also suggests a mass portal. On top of that, there is the indication “11_07_90”, which suggests N7-Day, i.e. November 11th – only with a 90 as the year.

For comparison, Mass Effect 3 was set in the year 2186. Accordingly, it is possible that the sequel takes place only a few years after the trilogy finale, namely in the year 2190. This would argue against the series taking place long after the adventures of Shepard . Of course, this is primarily a matter of puzzles for the Mass Effect community – none of this has been officially confirmed. But what do you think of these theories? Are you getting excited about Mass Effect again? Write us in the comments!

The weight of this electric gravel is its key argument

Ryzen 7000: cooling options and challenges in the video