It was today that MediaTek decided to launch its new high-end SoC, the Dimensity 9200, which will have the great mission of rivaling Qualcomm’s new Snapdragon 8 Gen2 SoC in 2023.

We’re talking about a new 5G chipset, with extreme performance, and energy efficiency to make the sky cry. On top of all this, MediaTek also promises a luxury gaming experience, accurate image capture, and of course 5G mmWave and Sub-6GHz support. 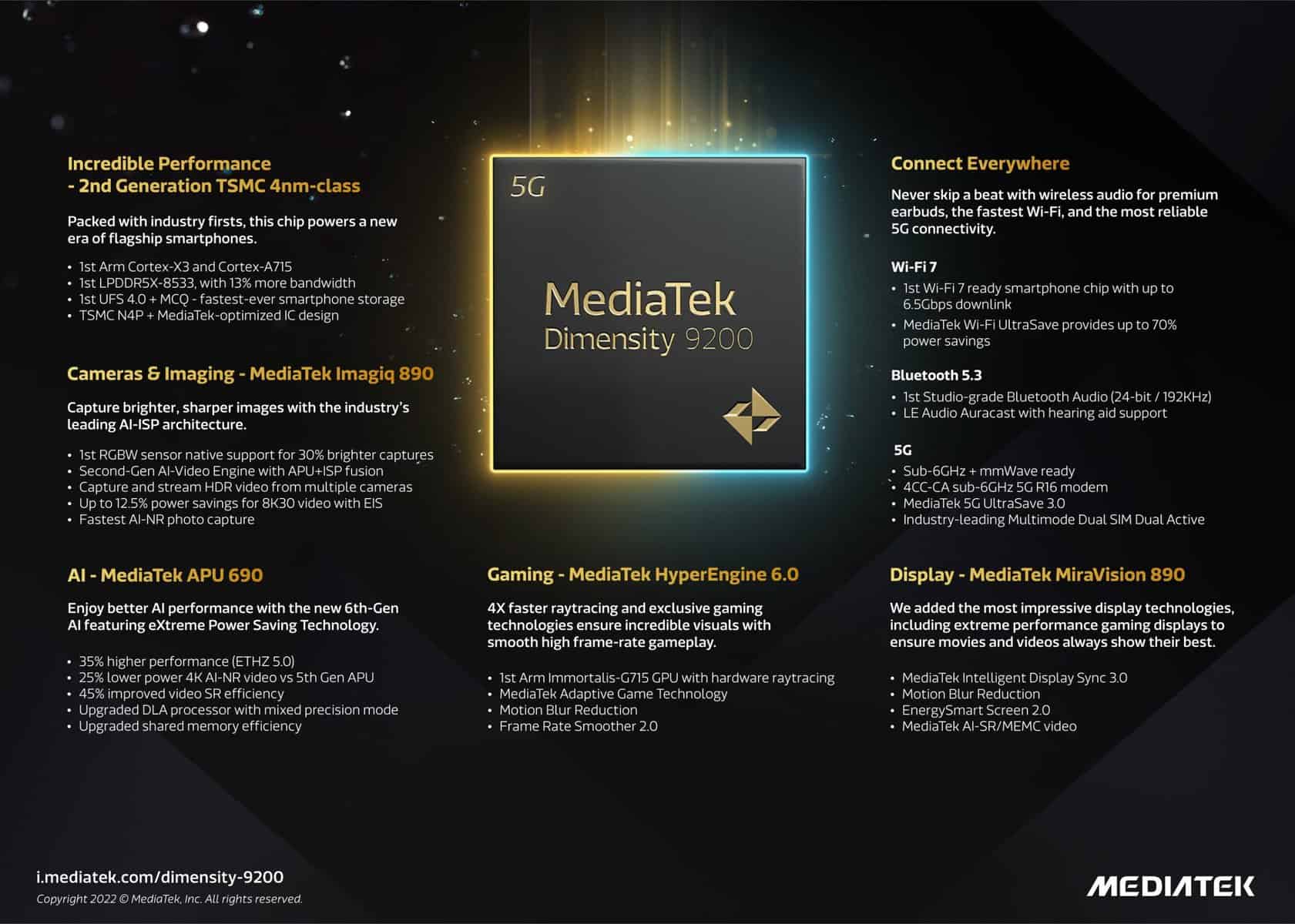 Interestingly, this SoC is also the first mobile platform ready for the launch of the Wi-Fi 7 standard, with support for transfer rates of 6.5 Gbps, at the same time that we can also find a 5G modem with AI, to search for networks more fast and accurate.

In the field of image capture, we also have the Imagiq 890 processor, which allows captures with little ambient light, a lot of light, or any other environment in between. Apparently, with native support for RGBW sensors, smartphones equipped with the Dimensity 9200 can avoid Bayer conversion, thus being 34% more efficient in capturing still images or video.

Other features or specifics:

When will this processor hit the market? According to MediaTek, the first new generation smartphones should be launched before the end of 2022. That is, it is very likely that Qualcomm will be overtaken by MediaTek.

According to the game director, the development of Lies of P is almost completed