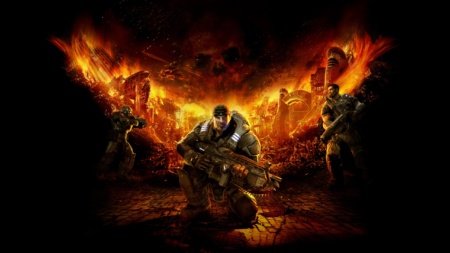 In addition to the feature film, Netflix plans to create an animated series and sees “the potential for new stories” in the franchise.

Netflix announced the adaptation on the 16th anniversary of the release of the first Gears of War game. Since 2006, the series has received several sequels (most recently Gears 5 2019), spin-offs such as Gears Tactics 2020, and spin-offs, including one Funko Pops-themed one.

First comes a “live-action feature,” then an “adult-animated series,” and after that, there is “potential for new stories,” Netflix said in a statement. The streaming service will work with Vancouver-based The Coalition (Xbox Games Studio), which runs the Gears of War franchise.

The newest adaptation will join the roster of hits like the Cyberpunk 2077 anime and the League of Legends Arcane show. Netflix is ​​also working on the BioShock movie, the TV show Horizon Zero Dawn, and the Assassins Creed series.

Efforts to turn the franchise into a movie began as early as 2007 with the efforts of New Line Cinema. Further video games were studied by Universal Pictures, but nothing came of this either. Notably, current Netflix head of original films Scott Stuber was the producer of Universal’s failed attempt.

Actors, directors or screenwriters for the project have not yet been announced, and the film will probably be released in at least a few years or even more.

The drive to turn Gears of War into a feature film has been going on for so long that ownership of the video game series has changed. The franchise was originally developed by Epic Games of Unreal and Fortnite as a game for the Xbox 360 console. Microsoft acquired the rights to it in 2014, and The Coalition, a Canadian game studio that borrowed its name from the Gears of War universe, ran the Gears of War 4 franchise in 2016. year and following.

Gears of War is a sci-fi war story set on the fictional planet Sera. An army of alien enemies called the Locust Horde came out of the earth and destroyed human civilization. The games feature soldiers like the game’s protagonist Marcus Fenix ​​as they fight locusts and try to save what’s left of humanity.

The original games created by Cliff Bleszinski were all about action. Gears of War is credited with reimagining the tactical and cooperative third-person shooter genre that dominated many Western action games in the mid to late 2000s.

The design impact of Gears of War is felt in several other popular game franchises, including Mass Effect, Uncharted, The Last of Us, and basically everything where the player attacks enemies in third person while hiding behind high walls. However, Gears of War’s story, characters, and visuals may not have left as strong a legacy as its design.

Pritula explained why the purchased Spartan armored vehicles are so expensive

Keanu Reeves to return as John Wick in 'Ballerina' spin-off

Elon Musk’s The Boring Company has begun testing a full-scale Hyperloop system, but with some changes

God of War Ragnarok and too many player suggestions, David Jaffe has his say