November 8th, 2022 at 4:21 p.m. by Valentin Sattler – With two spacers and another sealing lip, Noctua is offering new accessories that are intended to give its own fans better properties. The aim is therefore less turbulence and better pressure build-up in radiators.

Noctua has announced new products that the company wants to use to complement and improve its own fans. The spacers NA-IS1-12 and NA-IS1-14 are designed to reduce air turbulence that occurs when fans suck in through an obstacle such as a mesh grille or a radiator. In addition, Noctua has announced the NA-AVG2 sealing lip, which is intended to improve the cooling performance of radiators.

The said spacers NA-IS1-12 and NA-IS1-14 look like small, flat fan frames that should be easy to attach to existing Noctua fans with a frame width of 120 or 140 mm. When mounted, this increases the distance between the fan and the obstacle by 5mm. This, in turn, should ensure that air turbulence is significantly reduced, which the company promises improvements in volume and air flow. 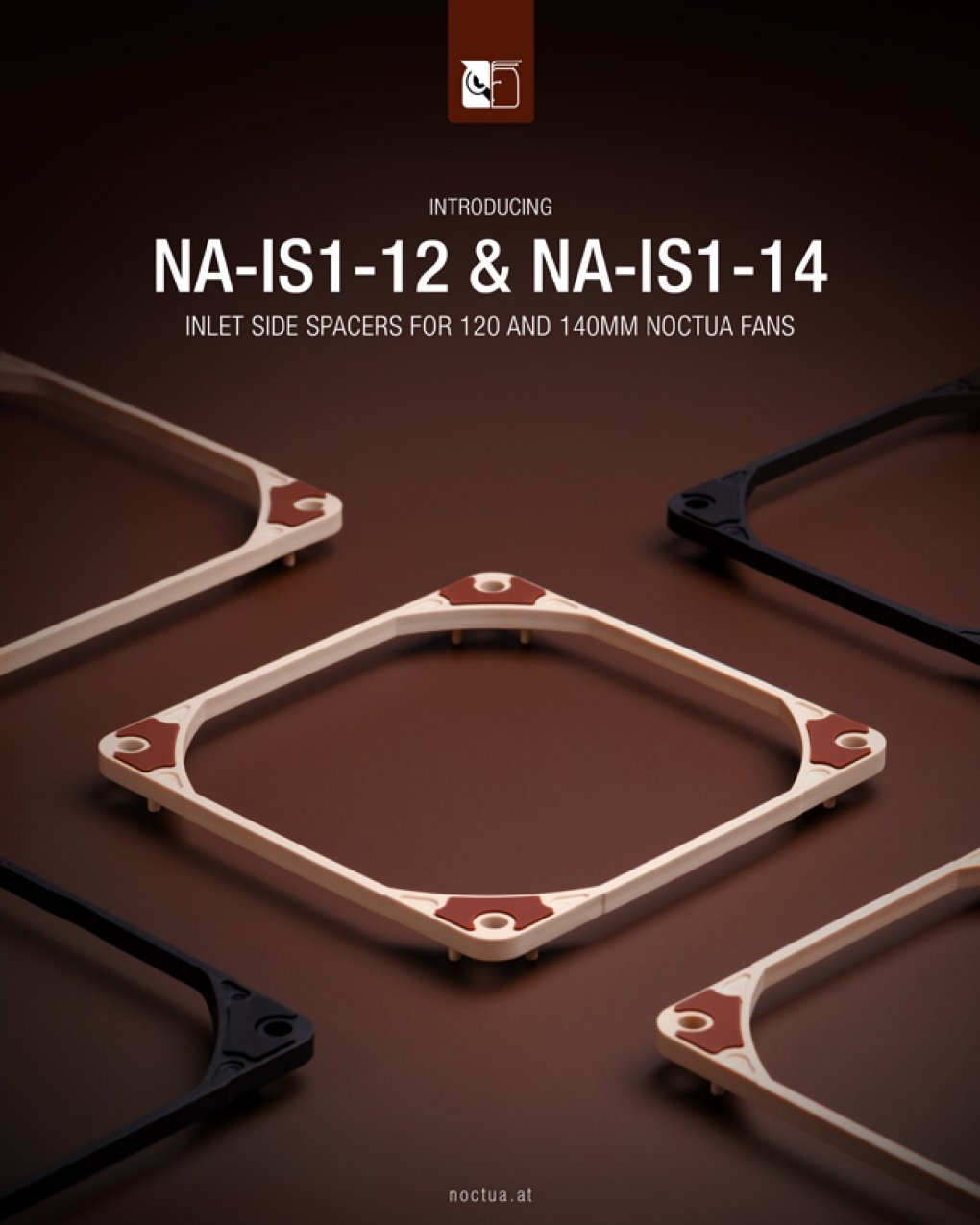 In internal tests on a perforated plate, the spacers NA-IS1-12 and NA-IS1-14 are said to have reduced the volume by 2 dB(A) and at the same time increased the volume flow by 4.4 m³/h. Depending on the fan model and configuration, these results should of course vary greatly. In addition, the measurement methodology is not fully known, so the result should generally be treated with caution.

While the two spacers are a first for Noctua, the new NA-SAVG2 sealing lip is no real surprise. Noctua already offers a sealing lip for 120 mm fans under the name NA-SAVG1, and the NA-SAVG2 simply ports this concept for 140 mm fans. Once again, the silicone frame, which extends over the entire fan frame, is about vibration reduction and sealing on radiators. The tighter seal between fan and cooler is intended to prevent the formation of leakage currents.

Also exciting: Noctua strongly advises: salt in the thermal paste is not a good idea

The two spacers and the new sealing lip are offered by Noctua in the classic brown color scheme and as a black Chromax variant. The corresponding products are now available via Amazon. If you want to equip several fans with the new spacers, you have to dig deep into your pocket. According to Noctua, the NA-IS1 should cost 15 euros in all variants, whereas a three-pack of NA-SAVG2 will cost 10 euros.

Football Manager 2023: Launch trailer, but PS5 players will have to wait

Elon Musk's The Boring Company has begun testing a full-scale Hyperloop system, but with some changes

Cicciogamer89 sued for tax evasion: he defends himself, “I’ve always paid for everything” [Aggiornata]