Project CARS, the fairly successful racing game series from Slightly Mad Studios, is now apparently being discontinued for good after being acquired by Codemasters. 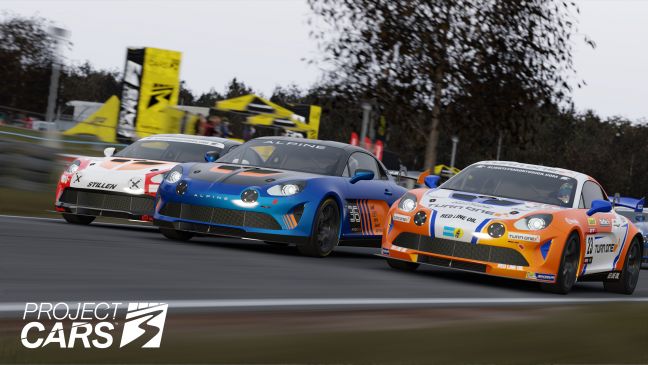 Slightly Mad Studios has got three games and a mobile offshoot out of the Project CARS brand, but now the end is apparently in sight. Slightly Mad Studios was acquired by Codemasters in 2019, and since its acquisition by Electronic Arts, the fortunes have been in the hands of the industry giant. EA has now decided to halt further development and investment in the series.

This comes from an internal announcement by the publisher after EA assessed the status of the series and its interaction with the numerous other racing game brands such as F1, Need for Speed, GRID and Dirt Rally. The staff should be deployed to other suitable positions in the company.

In a statement from EA, it said: “We are focused on our strengths in our racing portfolio, particularly licensed intellectual property and open-world experiences, and growing our franchises to deliver long-term live services that engage global communities, to be more socially oriented.”

The first two parts of Project CARS were released in 2015 and 2017, both were well received by the fans, but will soon no longer be available anyway. Slightly Mad had already announced a few weeks ago that the two games would be removed from the stores due to licenses that will not be renewed. In retrospect, apparently a first sign that no more money should be invested in the series.

Project CARS 3 was released in 2020, but was not well received by the racing game community, and the mobile offshoot Project CARS Go from 2021 only made a name for itself for a short time. Apparently, EA will focus on Criterion’s Need for Speed ​​in the future, as well as on the licensed games from Codemasters. In addition to F1, Codemasters will also have the WRC license for the World Rally Championship available again from 2023, which was last held by Nacon and KT Racing with the latest offshoot WRC Generations.

Of course, the release of the racing game Project CARS 3 for PC, PS4 and Xbox One does not come without a fuel-steaming launch trailer. Have fun.

Horizon: Sony collaborates with NCsoft to develop an MMO of the series, for a rumor

(Review) ThinkPad X1 Carbon: Is the tradition still what it was?

Fan of Star Wars Jedi: Fallen Order noticed a funny inconsistency in the illustration for the game