An entry in the Steam database for a mysterious project with a meaningless code name contained exciting information for a short time. It could be the Returnal PC port, which has been rumored for a while. 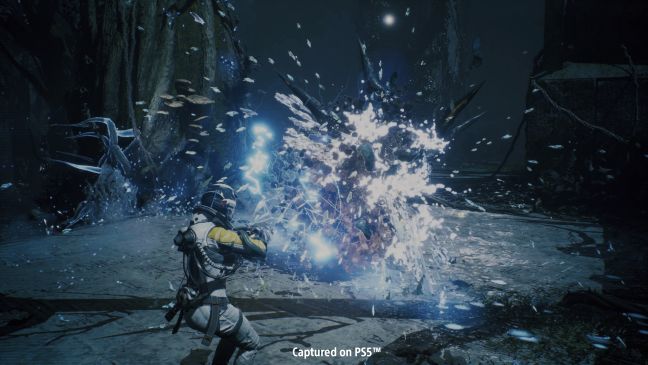 In the past, Sony has been quite open when it came to porting strong PlayStation brands to the PC. Nathan Drake and the Uncharted Legacy of Thives Collection were only recently allowed to run, before that Spider-Man swung onto the calculator and Aloy also did the honors in Horizon – Zero Dawn. Rumors have been circulating for some time that the PS5-exclusive Returnal will find its way to PC, fueled by an entry in the Steam database.

There is a title with the code name “Oregon”, behind which the port of Housemarques’ roguelike shooting pad is suspected. The intended directory for the savegames could be found in the corresponding entry on SteamDB, which has a relatively clear name: “Returnal/Steam/Saved/SaveGames”. However, this path was only visible for a short time, it has now been changed back to “Tourist/Steam/Saved/SaveGames”.

An official confirmation from Sony or Housemarque is still missing. But it’s about time, since there have already been a lot of supposed details about the PC version of Returnal in the past. For example, scenes from the graphics settings that revealed planned features only appeared at the end of September. According to this, the port should support Resolution Scaling, Dynamic Resolution, NVIDIA DLSS in five stages, AMD FSR and NIS upscaling technology. Of course, there is also talk of unlimited frame rates, so there will be ray tracing for shadows and reflections.

Returnal was released for the PS5 in April 2021. It is therefore conceivable that Sony wants to leave the title console exclusivity for two years and bring it to the PC in April 2023. But these are just speculations, as soon as there is something official, we will of course inform you.

In an 18-minute video, the developers at Returnal show you a little of what to expect in the upcoming Ascension expansion, due out on March 22nd.

Borderlands: Still on the road to success - 2K Games gives current sales figures for the series