The Single Days, here we go. Like every year, Roborock marks this event and considerably reduces the price of its best robot mop and robot vacuum cleaners. Here’s how to take advantage of it.

Until November 12, Roborock applies great discounts on its vacuum cleaners. Here’s our pick of the best Roborock deals.

Released in January 2021, the Roborock S7 robot vacuum cleaner is one of the flagship models of the Chinese brand. It offers a double function of vacuuming and washing the floor, in addition to being completely autonomous when cleaning.

Once launched, it no longer needs you. It identifies itself automatically thanks to its LiDAR sensor, and detects the nature of the floors (parquet, tiles, carpet, carpet) using ultrasound in order to adapt the cleaning. As soon as the Roborock S7 passes over a rug or carpet, it raises its mop so as not to dirty them in its path and concentrates on suction only. This can also reach a power of 2500 Pa.

This mop, by the way, is the real strength of this robot vacuum cleaner. Equipped with sonic vibrating VibraRise technology, the mop can remove even the toughest stains with a high-intensity rate of up to 3,000 scrubs per minute. It is in particular with reference to this technological prowess that the editorial staff gave the Roborock S7 a score of 9/10.

For this robot vacuum, Roborock promises up to three hours of uninterrupted cleaning. Such autonomy is allowed by a large 5200 mAh battery, a 300 mL water tank and a 470 mL dust tank.

The Roborock S7 is also fully controllable by voice (Alexa, Google Assistant, Siri). It is also possible to interact with him via the Roborock application, available for Android and iOS. This makes it possible to define the force of suction, vibration, the water flow as well as the programming of the times and the cleaning path of the small robot.

Usually offered around 440 euros, until November 12, the Roborock S7 robot vacuum cleaner sees its price drop to 353.15 euros on AliExpress with the code promo SDXFR32.

The Roborock S7 Pro Ultra is one of the most advanced and newest robot vacuum cleaners from the Chinese firm since it was made official last June. Even more powerful than the Roborock S7, its suction power is 5,100 Pa.

In terms of washing, it retains some features of the S7, such as its mop with VibraRise technology and performing up to 3,000 rubs per minute. The Roborock S7 Pro Ultra is also able to identify floor types and adapt cleaning accordingly. 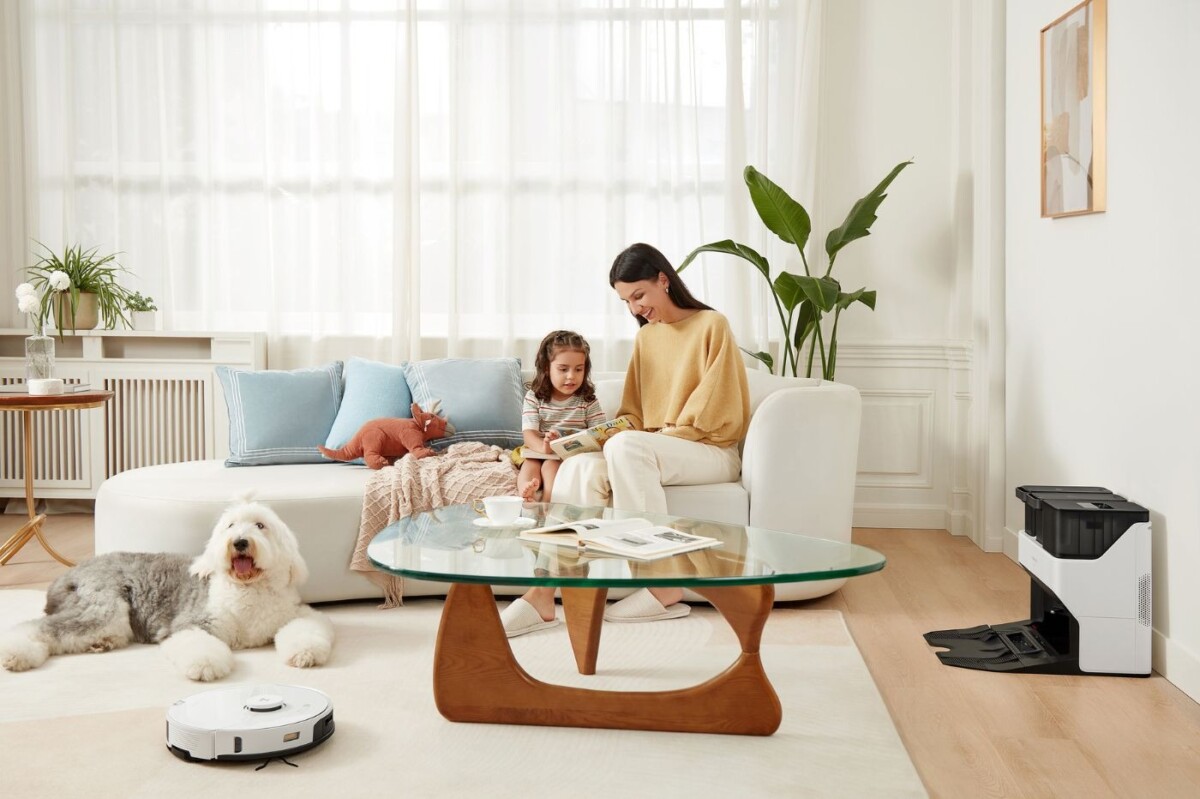 This robot vacuum cleaner embeds additional sensors to avoid obstacles and not to fall into the void, features absent from the Roborock S7.

But the biggest asset of the Roborock S7 Pro Ultra is its charging and washing station. It takes care of automatically unloading the water and dust containers of the vacuum cleaner when they are full, including in the middle of a washing session.

The base then fills the tank with clean water and can clean an area of ​​up to 300 m², without the need for user intervention. Once the process is complete, the robot vacuum automatically returns to its station, to charge and clean itself.

Launched last June at a price of 1,199 euros, the Roborock S7 Pro Ultra is already entitled to a nice reduction for Single Day. For the next few days, it is at 892.24 euros on AliExpress.

And beyond being multifunctional, it turns out to be very efficient in use, as the Aroged test pointed out. This one highlights both its suction power of 13,000 Pa, which the smallest crumbs do not seem to resist, as well as its ability to wash all types of hard floors, including linoleum and waxed concrete.

To do this, Roborock has chosen to rely on washing rollers rather than a classic mop. The Dyad has three, the largest of which is placed at the front and the last two at the rear. Thanks to such an arrangement, the Dyad is able to reach areas that are difficult to clean, such as around walls and skirting boards. 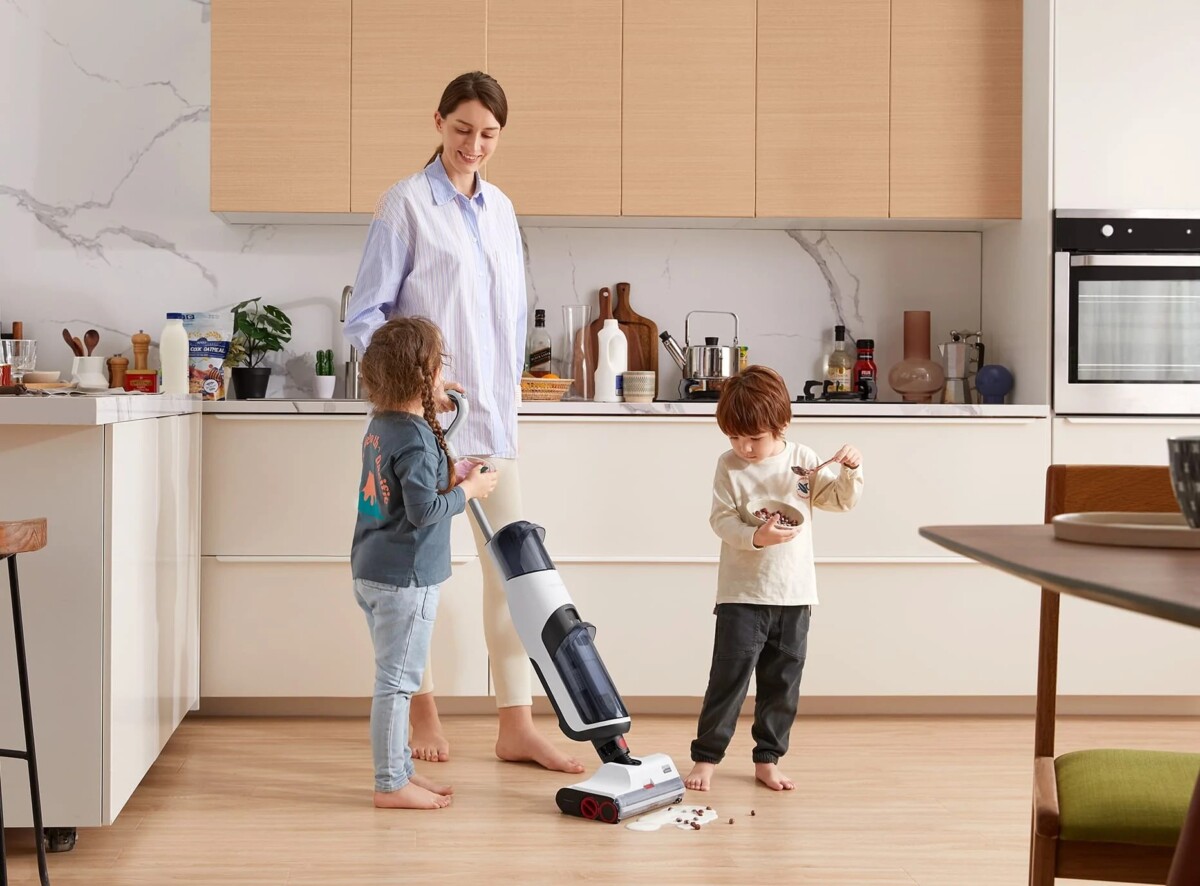 But its benefits don’t stop there. It doesn’t just remove dried-on stains, it can also clean spilled liquid on the floor and leave it clean and dry after it’s gone.

In addition, no adjustment is to be made manually. The Dyad automatically adapts the suction power and the water flow according to the level of dirt on the floor. And throughout the wash, he takes care of rinsing the mops to keep them clean in all circumstances.

Once the washing is finished, just press a button to start the deep cleaning of the rollers and separate the solid residues from the dirty water, before emptying the bins.

Until November 12, the Roborock Dyad is available at 207.10 euros instead of 449 euros with the code promo SDXFR23.

Final Fantasy 16: Leak of the release date in the run-up to the game awards?

Cyberpunk 2077: Lucy's cosplay from shirogane_sama is from Braindance