Starting today, Sonic Frontiers is available in stores worldwide for consoles and PC. A launch trailer once again sets the mood for the release. 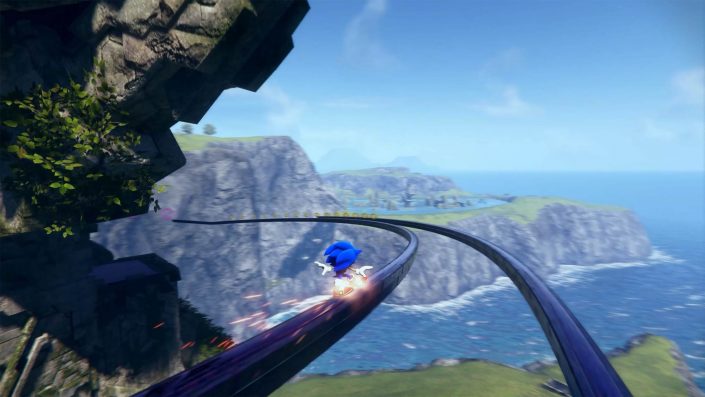 SEGA’s newest open-world adventure, Sonic Frontiers, is available today for PlayStation 5, PlayStation 4, Xbox Series X/S, Xbox One, Nintendo Switch and PC (via Steam). To point out the release again, those responsible have made an official launch trailer available for viewing.

The Starfall Islands are waiting for you!

With Sonic Frontiers, the developers have ventured into a reimagining of the series, putting the blue hedgehog in an open world where fans can reach new heights. In five huge open zones you can explore the Starfall Islands at lightning speed, whereby you are not tied to predetermined paths. Therefore, you will discover a variety of side quests and puzzles while also scaling huge structures, fishing and engaging in platforming challenges in cyberspace.

The previous reviews paint a mixed picture. While many critics were quite impressed by “Sonic Frontiers” and some even unpacked 90 ratings, the impression could also be the complete opposite. So it happened that the title was even able to record 20 to 40 ratings.

Accordingly, you should deal extensively with the game and read various reviews to get an overview of the points of criticism. Then you can decide if Sonic’s latest adventure might actually be worth buying. Today’s launch trailer could serve as a first clue:

Officially: the European Union did not approve the deal between Microsoft and Activision Blizzard at the first stage

Take-Two reiterates: Xbox Game Pass makes no sense for triple A on day one

LG presents revolutionary elastic screen to use not only on smartphones

Manchester United has a buyer