On November 20, Qatar will host the 22nd World Cup in history, which will be held for the first time in the Middle East. The fact that this tournament is special even before its start is evidenced not only by its location, but also by the timing. For the first time in history, the football World Cup will take place not in the summer (from the point of view of the inhabitants of the Northern Hemisphere), but in the winter. This is due to the geographical and climatic features of Qatar, on the territory of which it would be simply impossible to play in June-July from the point of view of physiology. So that the tournament does not turn into a parade of swoons on football fields live, it was decided to play the 2022 World Cup from November 20 to December 18.

Football, as the most popular sport on the planet (at least in terms of geographical distribution), will allow many fans to discover such a fairly exotic and small area (for example, it is half the size of the Crimea, three times the size of the Odessa region, and in general from the Ukrainian regions exceeds only Chernivtsi region) a country like Qatar.

However, football can hardly be called the most popular sport in this state. In terms of GDP per capita, Qatar ranks fourth in the world (only Luxembourg, Singapore and Ireland are ahead), and therefore it is not surprising that a considerable number of not just rich, but very rich people, even by European standards, live here. They, of course, are not alien to the desire to have fun, including by organizing, participating in or watching sports competitions. And in this aspect, Qatar, like all the Arabian monarchies of the Persian Gulf, boasts an absolutely endemic entertainment – camel racing.

The vast majority of the population of Qatar lives in the capital city of Doha and its districts. This is an ultra-modern city where you can easily find tall skyscrapers, modern Arabic architecture and feel like one of the little goosebumps in a huge human anthill. But as soon as you drive off a little in a north-westerly direction, a completely different picture will appear before your eyes – arid, dusty desert landscapes. Here, perhaps, the hand of civilization would not be felt at all, if not for the modern five-lane highways, which do not let you forget that it is not the 19th, but the 21st century that is in the yard.

It is here, in Al-Shahaniya, that there is a much greater understanding of Qatari flavor than what can be encountered in a noisy and much more modern capital. It seems that you are about to run into a line of camels, which are led by Bedouin traders through the desert to their usual destinations. 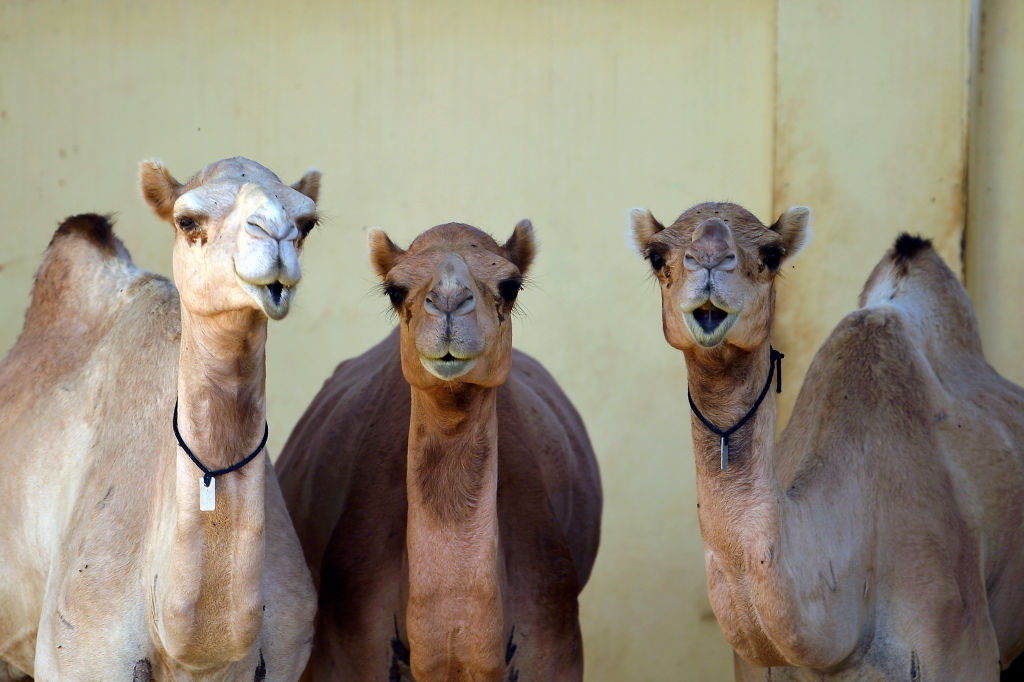 In fact, camel caravans have long been a thing of the past in the landscapes that can be seen on the modern Qatari peninsula. What is true, the animals themselves still remain important elements of the local fauna, massively living in the north of the country in specially designated areas for maintaining their population and species diversity (in fairness, at the moment there are only three types of camels – a one-humped camel, or a dromedary, a two-humped camel , or Bactrian, and wild camel) national parks.

In captivity, camels in Qatar are kept in a number of special reserves, where the processes of their reproduction and selection take place. Here the animals are bred for recreational and tourist activities such as camel riding and hiking. But no less important function of such reserves in the territory of Qatar and a number of other neighboring states of the Persian Gulf is selection aimed at producing physically developed camels for participation in special sports competitions called camel races.

Camel racing is by no means a new sport in Qatar. On the Arabian Peninsula, they have been cultivated for many hundreds of years. Previously, camel racing was a traditional part of various social events and festivals, thanks to which it turned from a colorful sport into a part of regional culture.

Until the beginning of the oil boom that arose in the 20th century, camels were an integral part of life in the desert. Animals were seen as a means of transport, so necessary for the delivery of food, clothing and other important items to ensure human life and comfort. Not surprisingly, in this region, camels were highly valued, and the wealth of a tribe or individual was determined by the quantity and quality of his camels. Camel races were already at that time not just fun for spectators; they were also a display of status and financial position. 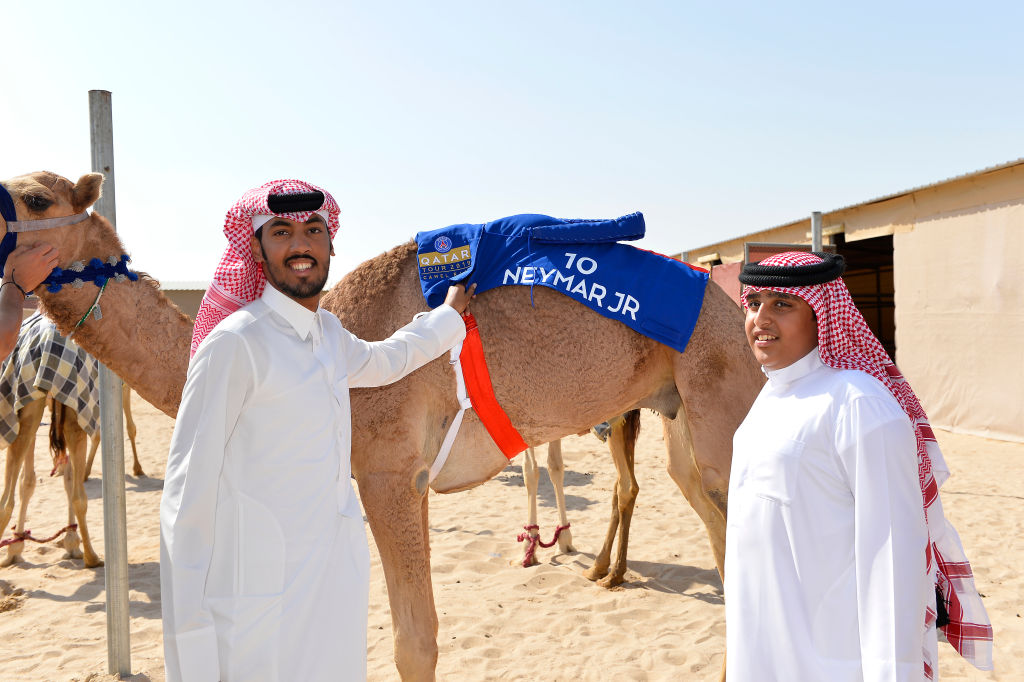 Since the 1940s, Qatar has become one of the major oil suppliers to world markets. Because of this, money and new technologies flowed into the country, and the use of camels, as well as their breeding for economic purposes, gradually began to fade away. At some point, the Qataris realized that they were losing national traditions too quickly, and with them, their identity. Therefore, in the 70s of the last century, enthusiasts opened several tracks for camel racing at once. These investments marked the beginning of the development of camel racing in the country already at a professional level, and the creation of the current track in Al Shahaniya in 1990, which took place on the orders of the former Emir of Qatar, Hamad bin Khalifa Al Thani, led to the strengthening of the authority of this sport. Soon a special governing body was created – the Camel Racing Organizing Committee (CROC – Camel Racing Organizing Committee), headed by Sheikh Hamad bin Jassim bin Faisal Al Thani.

Today, most of the camel races in Qatar take place at the racetrack in Al Shahaniya. There are three oval racing tracks of 6, 8 and 10 kilometers, each of which is a sandy lane for a herd of racing camels, equipped with lighting for evening races and paved roads on both sides so that coaches and spectators can follow the race. Also, the hippodrome infrastructure includes a number of other facilities – stands for spectators, a veterinary clinic, training facilities, camel stalls, a mosque and other facilities.

Thanks to such investments in national traditions, Qatar has managed to make camel racing one of the most prestigious and popular types of recreation and pastime not only for the local population, but also for the many tourists who visit this country every year. In addition, modern camel racing is a multi-million dollar business that brings excellent income. Needless to say, if the price of racing camels on the market reaches a price of 5-7 million dollars, and the prize money for one race can be equal to 1-2 million dollars. Camel racing is also broadcast on television, creating a show that more and more people from all over the region and most of the globe want to become viewers every year.

On race days, immediately after the traditional warm-up, the camels sit outside the starting gate. As soon as a special signal sounds, the gates open and the race begins with a sudden rush of long-necked and long-legged animals breaking out of their “docks”. This is how the sprint begins, the duration of which can be several tens of minutes.

On both sides of the track, comfortable off-road vehicles follow the rushing camels. Thus, the spectators who ordered such a service are given the opportunity to be as close as possible to the competitive process, feeling the maximum excitement and drive from the race. Commentators follow the event live and talk about the course of the event through the speakers installed around the perimeter of the hippodrome. In addition, trainers are most directly involved in the race, who closely monitor the progress and performance of their wards, giving commands via walkie-talkies connected to the jockey – a miniature humanoid robot with remote control, which is located on the back of a camel and is wrapped in bright silky fabric.

Interestingly, the camel racing season usually starts around October and ends in April with major racing events. This means that in the coming weeks there will be an incredible variety of sporting events in Qatar, where everyone can choose what they like. But, unlike football, camel racing for Qatar is exactly the kind of sport in which the long-standing traditions of the past are combined with multifunctional modernity, so worry that the arenas that have been actively developed since the 70s of the last century will suddenly become irrelevant in the likeness of stadiums in Brazil, erected and restored specifically for the 2014 World Cup is hardly worth it. Simply because national identity is something that is too important and necessary even for the rich.

Final Fantasy 16: The Question of Diversity and Yoshida's Answer

Finally a new patch for Elden Ring: He changes that