The American company Radio Flyer has designed a folding electric cargo bike. The Flyer Folding Cargo, of its name, however, does not comply with all the European regulations in force. But it shows how much manufacturers want to make certain longtails ever more practical. 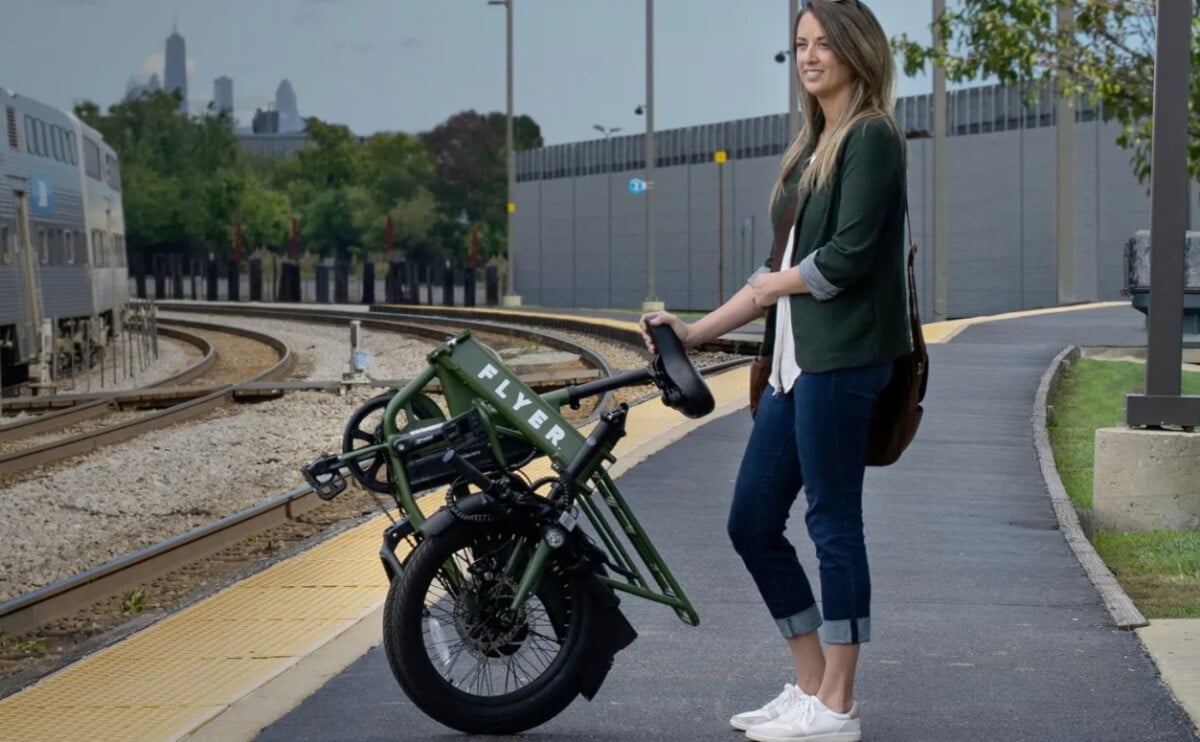 The electric cargo bike niche is on the rise. This mode of transport, capable in certain situations – transporting children, equipment or shopping – of replacing a car is meeting with some success with families and businesses. As a reminder, there are three main categories of VAE cargo.

The most common of these is the longtail, which extends at the rear to accommodate one or more passengers. Then comes the biporteur – the same principle, but at the front – as well as the three-wheeler, equipped with two front wheels to accommodate even greater loads. The one that interests us today is a longtail.

Light for a freighter

The Flyer Folding Cargo, from its name, is to the credit of the American company Radio Flyer, which specializes in the design of electric cycles and scooters, Electrek tells us. The particularity of this model lies in its folding system. Trendy foldable bikes are commonplace, folding cargo bikes are less so.

This has the effect of bringing ever more practicality to this type of vehicle. Especially since the Flyer Folding Cargo does not claim an insane weight for a longtail: 24 kg, when the Decathlon Longtail R500Elec weighs 38 kg, against 36 kg for the Mustache Monday 20 or even 33 kg on the side of the Tern GSD S10 LR.

Our protagonist of the day actually gets the hang of it with the VELLO SUB and its similar weight. Its payload capacity is limited to 136 kg: 36 kg at the rear and 100 kg for the driver or driver. This does not reach the heights, but remains sufficient to carry a child behind you. 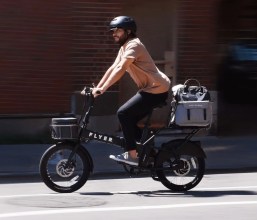 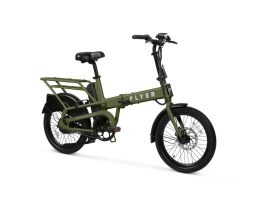 Placed on the hub of the rear wheel, the 350 W motor is capable of supporting the cyclist up to 32 km/h. This therefore does not comply with European laws according to which an e-bike must be electronically limited to 25 km/h. The Flyer Folding Cargo is equipped with an accelerator, but cannot be considered a light cyclomobile (or draisienne).

Admittedly, it respects the power of this category of vehicle – less than or equal to 350 W – but its length of 170 cm exceeds the legal limit of 165 centimeters imposed for these two-wheelers.

For the rest, count on a 480 Wh battery for a maximum autonomy of 64 km, five levels of assistance, mechanical disc brakes, LED lights, an LED screen, a USB port, a central stand or even guards. – series mud. Smart, the bike has a small location hidden under the battery capable of accommodating an AirTag.

Thus, in the event of theft, your electric mount can be tracked using Apple’s system. This reminds us of the clever Airbell Bike bell, which can also conceal such a device to improve the safety of the machine in all discretion.

Although the Flyer Folding Cargo does not comply with the rules of the Old Continent, it is interesting to see how the cargo bike sector is taking advantage of interesting innovations to appeal to an ever wider audience. In the future, other folding longtails could land on the market in order to consolidate the offer, and above all, to meet the demand.

The Flyer Folding Cargo is nonetheless an economical solution for a freighter: 1699 dollars, when the tariff positioning is generally well beyond 2000 dollars or euros. 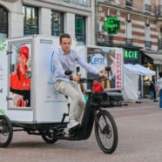 A fleet of electric scooters powered by hydrogen has been made available to food chains in Issy-les-Moulineaux. Except that this energy, as pointed out by the IPCC, is not a viable solution and a…
Read more

The Last of Us: Release date, story … We take stock of the HBO series

'Twitter will only be accessible if you pay' - Aroged

Babylon’s Fall: The Final Season kicks off today with update 1.003

Caselabs like the phoenix from the ashes: now returning after bankruptcy