Last week, women played the WTA Finals, which revealed the distribution of places in the top ten at the end of the season.

The top three remained the same, with WTA Finals winner Caroline Garcia moving up to fourth. Also, the finalist Arina Sobolenko returned to the top 5.

Ukrainian women in the WTA ranking 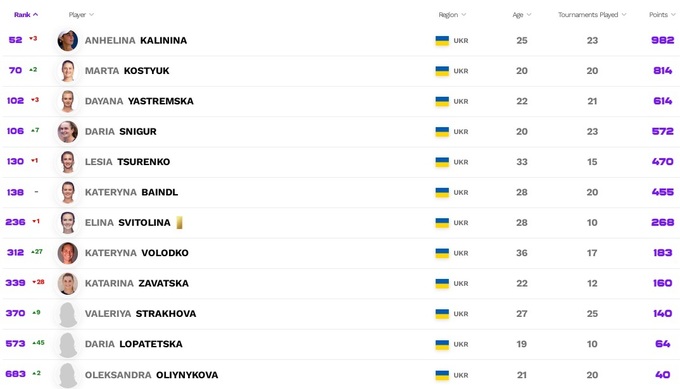 Lyudmila Kichenok reached the semi-finals of the WTA Final Doubles Tournament and ended the year in ninth place in the world classification, she has not risen higher yet. Marta Kostyuk retained 46th position in the doubles ranking, Nadezhda Kichenok moved up to 77th place.

Sony Pictures has no plans to completely leave the Russian market

Don't feel like refueling? With the Gas Station Simulator you can enjoy it again

At the start of Amazon Black Friday: Nvidia advertises discounts on GPUs, laptops and complete PCs

The Dark Pictures Anthology: The Devil in Me is called the best part of the series, but the ratings are at the level of previous parts