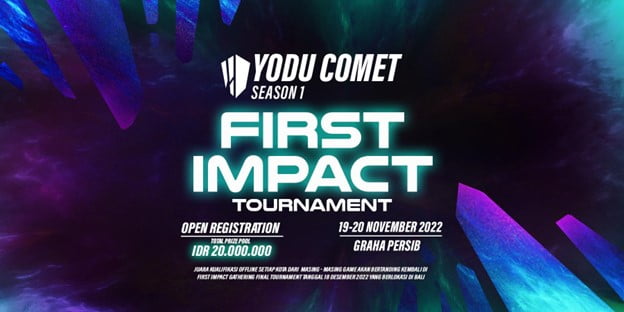 For the city of Bandung, the online elimination took place on November 5 and 6, 2022 yesterday. Meanwhile, the offline elimination will be held on 19 and 20 November 2022 from 1993 Kitchen & Coffee Graha Persib Lt. 1 which is located on the street Sulanjana No.17, Tamansari, Kec. Bandung Wetan, Bandung City.

Mobile Legends: Magic Chess dan eFootball from chosen because these two games have a wide market share but are still not well managed. YODU sees the absence of major tournaments for both games as a potential that can be developed further.

“We believe that Mobile Legends: Magic Chess dan eFootball has a lot of fans. Because it has become a moral responsibility for us to direct and channel the talents of the athletes in both sports through our tournament program.” said Ogi Lastio Hadiansyahas Sports Manager from YODU. 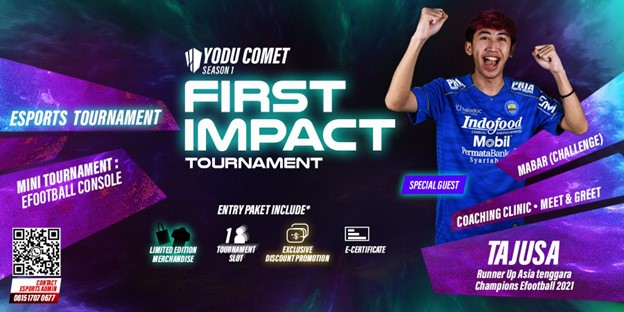 Apart from competing Mobile Legends: Magic Chess dan eFootball from 1993 Kitchen & Coffee Graha PersibYODU will also hold a coaching clinic that will be led by Indra Tajusa Sugandi. Tajusa is a professional eFootball athlete who is currently defending Dewa United in the league IFEL 2022.

“Indra Tajusa Sugandi’s presence at offline events is one form of education that we program for one of the sports that are competed in YODU COMET S1: First Impact. Later, other cities will have their own coaches so that participants can gain knowledge and experience directly at our events.” concluded Ogi Lastio Hadiansyah.

Turnamen YODU COMET S1: First Impact presents a variety of different side activities in each city. Starting from the coaching clinic, eFootball Console, to
orprize and various other activities. To take part in the tournament and all of these activities, YODU friends are required to buy digital tickets (Regular, Premium, Deluxe) in the YODU application.

By buying the ticket, YODU friends have the right to get a YODU balance of Rp. 20 thousand for the Regular package, Rp. 30 thousand for the Premium package, and Rp. 40 thousand for the Deluxe package. 30% shopping vouchers, and various limited edition merchandise in the form of t-shirts and tote bags that will only be sold at the event Turnamen YODU COMET S1: First Impact offline.

Kingsley Coman: "We have to accept everything as it is"

Square Enix: the Japanese market is no longer enough to recover development costs