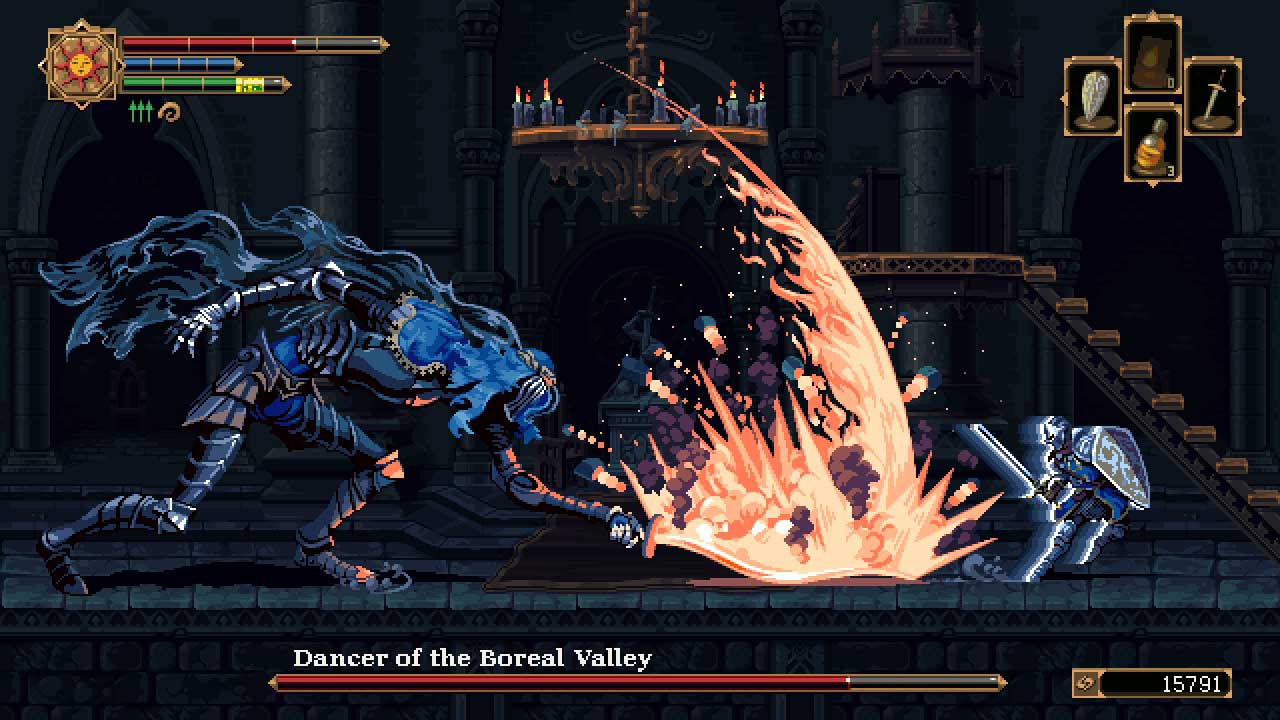 What From Software has achieved with the three Dark Souls series is truly amazing. Who would have thought that the series, which was originally formulated to pursue a niche market, slowly but surely continues to be in demand, until it finally accumulates in the memorable Dark Souls3. It turned out that, after this success was achieved, there was an interesting idea that was submitted to Bandai Namco but ended up being rejected. It is an official adaptation of Dark Souls 3 to PixelArt’s 2D visuals.

This information was conveyed by the pixel artist from TinyBuild – Thomas Feichtmeir who was finally able to share this information after the NDA he had signed was finally released after 6 years. He admitted that he was only asked for help in concocting the first art as part of a proposal to be submitted to Bandai Namco, which, as predicted, ended up being rejected. This image shows a boss fight against the Dancer of the Boreal Valley with a different Ui. Feichtmeier also said that even if it passes, this project will most likely not involve From Software considering that the Dark Souls IP is wholly owned by Bandai Namco.

A Dark Souls 3 – 2D pixelart metroidvania was pitched to Bandai Namco ~6 years ago.
This is now finally out of NDA, so enjoy the visuals created back then. pic.twitter.com/Dt5BDasWbU

Unfortunately, Bandai Namco itself never gave a clear and strong reason why this proposal for a 2D PixelArt adaptation for Dark Souls 3 ended up being rejected. What do you think? Looks interesting?

The Nintendo Switch soon to be hit by inflation?

Zelensky proposes to extend martial law and mobilization for another 90 days – until February 19, 2023 – Aroged