Forward of the French “PSG” and the Brazilian national team Neymar revealed on social networks that he watched an online CS:GO match.

The Brazilian watched the fight between the teams NAVI and BIG at the IEM Rio Major 2022 tournament. 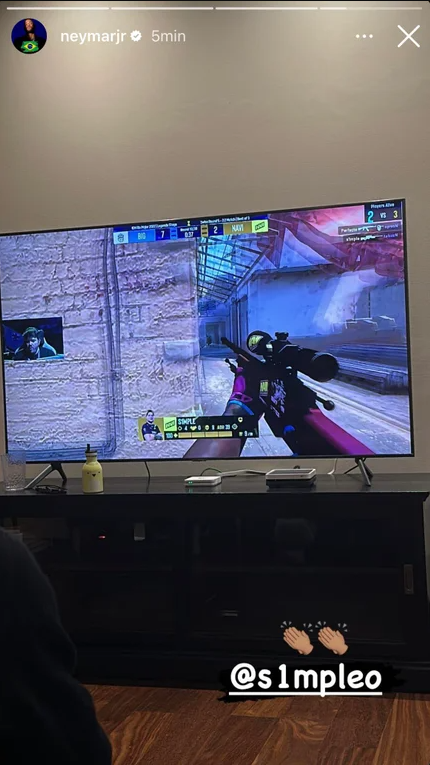 Celebrate the release of God of War Ragnarok with the unboxing of Jotnar Edition, Special DualSense and Collector's Edition

No Man's Sky: Update 4.06 is ready - the improvements at a glance

Lucescu celebrated his victorious anniversary at the head of Dynamo

The disc version of Call of Duty: Modern Warfare 2 is a mess for the environment