“Atomic Heart” will have to wait until February 2023. But an extensive gameplay video already shows what the boss fights of the title have to offer. 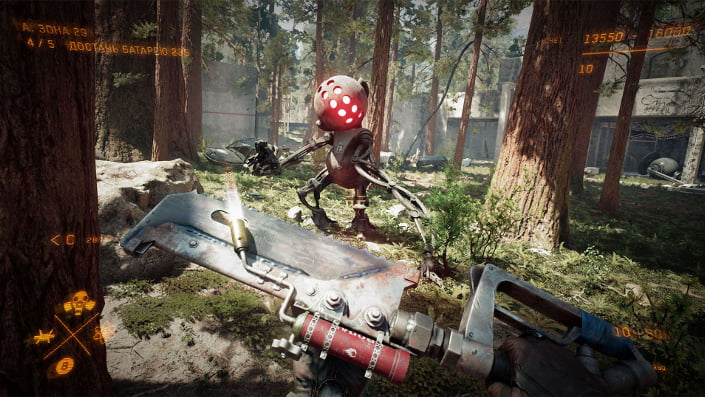 After the release date of “Atomic Heart” was announced during the week, an extensive gameplay video with a running time of around ten minutes followed today. After the start of the clip embedded below these lines, one of the mechanized adversaries is shown being taken down at gunpoint.

The Atomic Heart gameplay video focuses on a boss fight against a runaway bullet, although some of the gameplay mechanics feel fairly ordinary and recurring.

The boss fight ultimately showcases some of the abilities and weapons that will be available to players when the shooter launches next year. At the same time it is demonstrated that the fights in “Atomic Heart” can be quite challenging.

Atomic Heart transports players to an alternate Soviet Union where robots once powered technological advances, but have taken on a life of their own and become a threat.

The protagonist of “Atomic Heart” was a mentally unstable KGB special agent named P-3, who was hired by the government to investigate a disused manufacturing facility. During this exploration, players can harness the combat abilities of an experimental power gauntlet, an arsenal of blades, and cutting-edge weaponry to engage in “explosive and frenetic combat.”

Atomic Heart is a first-person action game launching on February 21, 2023 for PS5, Xbox Series X/S, PS4, Xbox One, and PC. Mundfish is responsible for the development of the title, while distribution in Germany is handled by Focus Entertainment.

Update: In another video, the developers talk about the game world and show some locations where players will be after the launch.

How to re-sync OneDrive with Windows

VIDEO. Vernyaev showed how he prepares for competitions without electricity

Take a look at Apex Legend’s next map, Broken Moon