The Dark Souls series spawned the third-person action RPG subgenre, but not only: many metroidvania games were heavily inspired by the FromSoftware franchise, including Hollow Knight, Salt & Sanctuary, and Blasphemous.

According to Thomas Feuchtmayr, who worked on Blasphemous as a pixel art consultant, Bandai Namco Entertainment decided against reimagining Dark Souls 3 in a 2D pixel art style in the metroidvania genre proposed by the artist six years ago. Feuchtmayr also explains that the project’s NDA has finally expired and gave fans a glimpse of what the game could have been like. The shot shows our Unflaming One struggling to defeat one of FromSoftware’s most iconic action game bosses, Coldvale Dancer, who we encounter in the Lothric castle walls area. 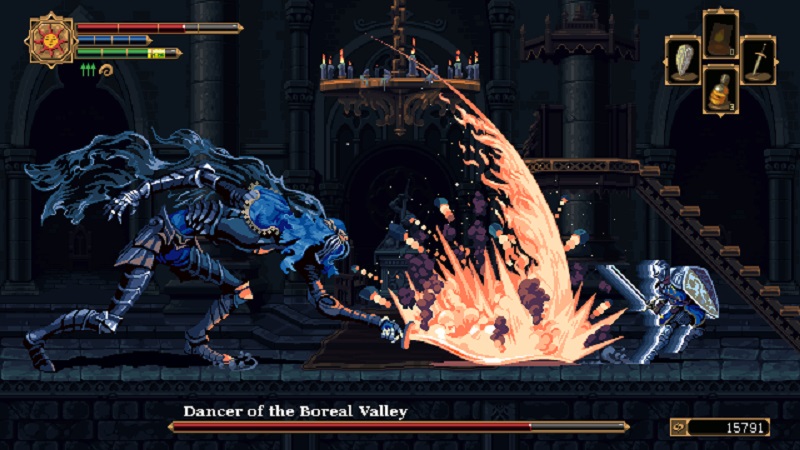 The aesthetic aspect of the user interface is typical of Souls, with weapons and Estus in the top right, and health, stamina, and magic points in the top left of the screen. There is also a long and intimidating health bar at the bottom of the screen, clearly belonging to the boss. Only Bandai Namco, which owns the rights to the franchise, could reject the offer, and FromSoftware had no say in the matter.

Celebrate the release of God of War Ragnarok with the unboxing of Jotnar Edition, Special DualSense and Collector's Edition

No Man's Sky: Update 4.06 is ready - the improvements at a glance

Ninja Gaiden: Team Ninja may have entrusted the reboot to Platinum Games according to Nick Baker