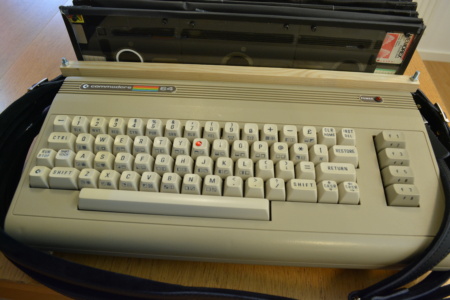 The unusual accordion not only looks weird, but is also fully functional. Mechanically, it can be played just like a normal instrument, but the output sound is reminiscent of eight-bit music from 1980s arcade games.

The tool is simple in concept and operation. Two C-64s are connected by bellows made from dozens of 5.25-inch floppy disks. The bellows control the “airflow” (loudness) of the notes being played. The keys on each computer work the same way as on a standard accordion: the right one plays the melody and the left one plays the chords.

The creation of the Commodordion was far from being as simple a matter as its operation. Inventor Linus Åkesson began by making furs. Each fold required three floppy disks, cut into two different patterns and taped together. Then the folds were interlaced with the previous ones and fastened with a large amount of tape. Approximately 48 diskettes were used. 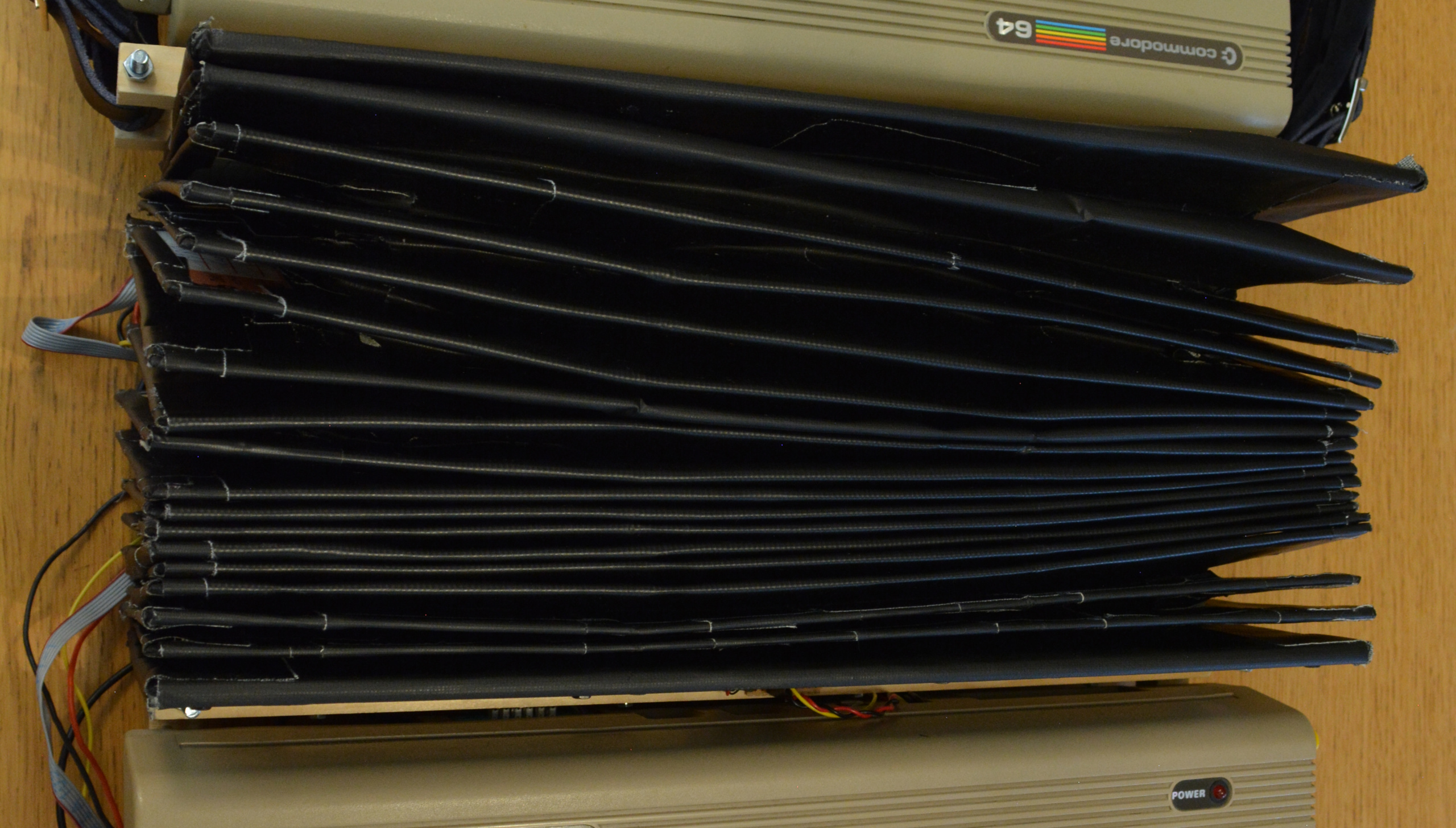 The more the fur is stretched, the louder the sounds made. The Commodordion bellows are airtight except for a hole in the back that allows airflow to reach the microphone. With it, the noise of the stream is transformed into loudness. This signal is fed to a digital-to-analogue converter that outputs sounds. 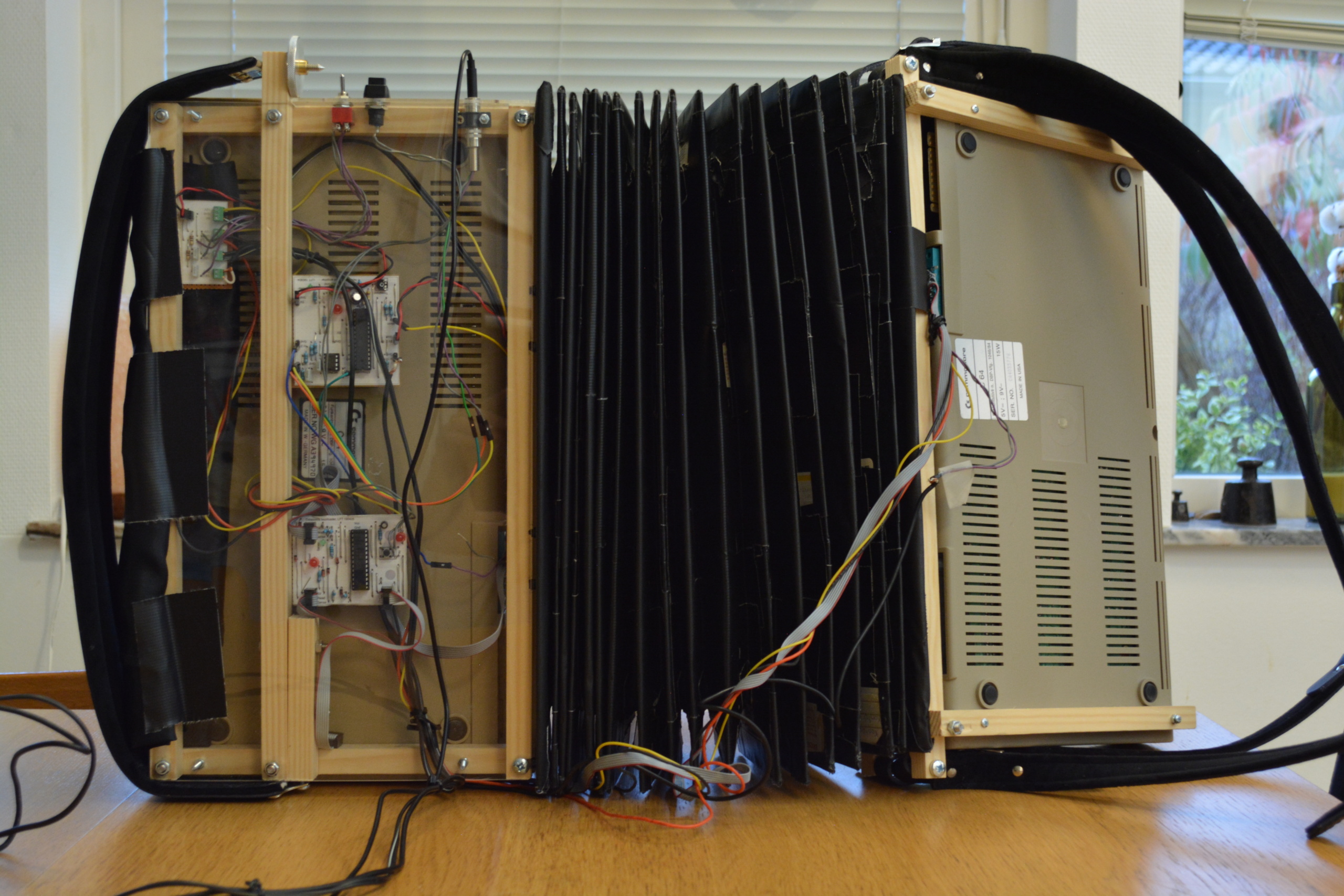 Each Commodore 64 has also been heavily modified – this can be seen from the rear. The two power supplies connect directly to the motherboards rather than through an adapter port. Other motherboard modifications include a Commodore hardware tape drive emulator and an output module. In general, the device has three specialized boards connected directly to the C-64 chip.

The software on the tape drive emulator translates keystrokes on each computer into accordion notes. As you can see from the video, Okesson is a skilled musician and can play on the device in real time just like a normal instrument. The music produced will fit perfectly into any video game from the 1980s era.

Grandfather forgot to take his pills. Lukashenko said that Zelensky was like a son to him