Publisher Focus Entertainment has released a fresh gameplay trailer for Evil West. You shouldn’t miss this one. 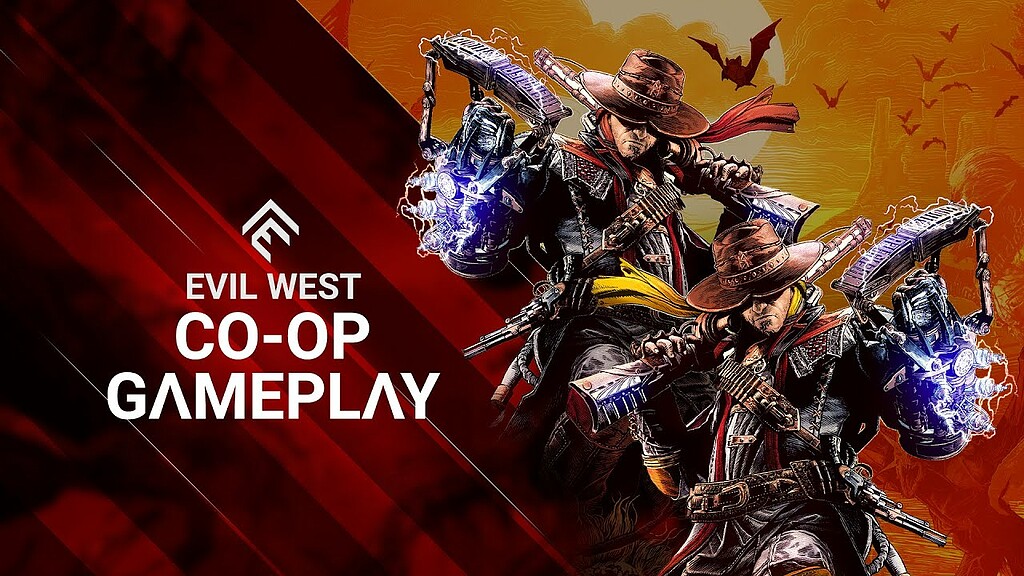 Here we get three minutes of moving pictures from the online co-op mode of “Evil West”. The brisk game sequences make you want to play the chic third-person shooter.

A phantom menace is consuming the American frontier. As one of the last agents of a top-secret vampire hunters’ institute, you form the final frontier between humanity and an ingrained terror that is now emerging from the shadows. Rise up and become a wild west superhero, eliminate the vampire menace and save the United States!

Unleash hell with your firearms, lightning-fast gauntlet and gadgets in gut-busting explosive battles. Slay bloodthirsty monsters in style solo or in co-op with a friend. Explore and fight your way through a story-driven campaign, upgrading your weapons and hunting tools. Unlock new perks to develop your monster-slaying skills and find your own playstyle to defeat supernatural hordes.

Fight alone or with a friend in stylish and bloody action combat Myths and legends retold in a stylized and twisted Wild West universe Evolve with perks, upgradable weapons and tools Explore and fight your way through a story-driven campaign to save America

10 million players took Warhammer: Vermintide 2 for free as part of the promotion

Xiaomi MIJIA Pulsator: the washing machine that will help you save water

Foldable iPhone already exists, but not created by Apple

Extra Life Game Day: PlayStation stream on Saturday for a good cause

Even the Xbox Series S drops in price for Black Friday!