FIFA 23: EA simulates World Cup: And the winner is …

In a few days, the controversial soccer World Cup will take place in Qatar – and as you are used to from such events, EA Sports has once again run a simulation to find out the supposed winner in advance. Who will take the title this time? 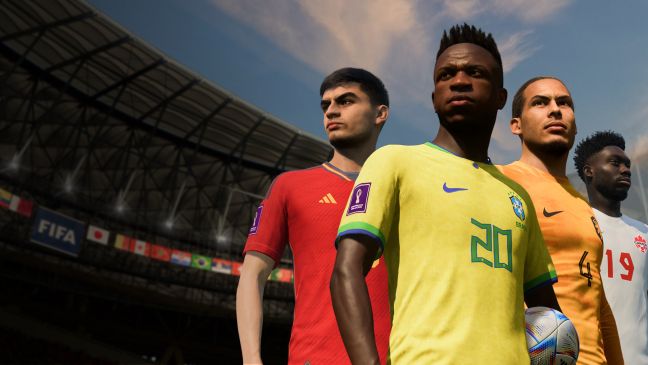 Year after year, the Super Bowl is simulated in the current Madden NFL to predict a winner – at least more often than not. The same happens in the NHL series before the Stanley Cup and now also for the World Cup in Qatar in FIFA 23. EA even simulated the entire tournament to find out who, according to the current football title, has the best chance of winning the big one coup has.

Do you think this is all nonsense? It may be, but it cannot be denied that the current FIFA with its simulation has been right since 2010 as far as the winner of the tournament is concerned. In 2010 Spain was correctly predicted as world champion, in 2014 Germany and in 2018 also France. Will this happen again in 2022?

If that’s the case, then Argentina around old star Lionel Messi has the best cards. The Albiceleste should therefore be allowed to celebrate their first World Cup title since 1986 and thus help Messi to his final coronation. Basically, he has already won everything there is to win in football – with the exception of the World Cup title. It is also fitting that FIFA 23 should also award Messi as the winner of the Golden Shoe for the best goalscorer and the Golden Ball for the best player of the tournament.

After all, Messi has already won the Golden Ball, namely in 2014, when Argentina only managed to win the runners-up title thanks to the lost World Cup final against Germany.

The comprehensive update of the FIFA World Cup in Qatar for FIFA 23 is presented in detail in this video.

Call of Duty Warzone: Activision offers you to find all your statistics with a personalized video!

Vampire: The Masquerade - Bloodlines 2 could be released in 2023