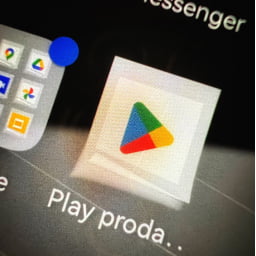 Android banking Trojan Vultur has reached more than 100,000 total downloads on the Google Play Store, according to a new the report cyber security experts from the Cleafy company who have noticed an increase in the number of Vultur malware infections among their users in the last two months.

“While most banking Trojans are distributed through phishing campaigns, cybercriminals also use official app stores to deliver their malware using dropper apps, which are apps designed to download malware onto a target device,” explained the Cleafy team.

One of the primary reasons cybercriminals resort to this tactic is to reach more potential victims and make the scam more likely to succeed.

“Furthermore, because these droppers are hidden behind utility applications and come from a trusted source, they can mislead even ‘experienced’ users,” warns Cleafy.

Once installed, the dropper uses advanced detection evasion techniques, including steganography, file deletion and code obfuscation, in addition to multiple checks before downloading the malware.

“Once the banking trojan (Vultur) is downloaded and installed via a fake update, threat actors can observe everything that happens on infected devices and commit banking fraud through ATO attacks (account takeover attacks),” Cleafy explained.

According to security experts, the Vultur campaigns show that cybercriminals are constantly improving their techniques to remain undetected.

“At the same time, using official app stores to deliver banking Trojans to reach more potential victims is a new trend that is gaining traction,” Cleafy said. “We expect to see new sophisticated banking campaigns in official stores in the coming months.”

The report published by Cleafy includes a list of Indicators of Compromise (IoC) for Vultur malware infections.

Realme 10 is official: the new mid-range to attack the market

Sony does not give up: here are the Sony Xperia smartphones for 2023