God of War: Ragnarok – how to collect all the relics and sword hilts 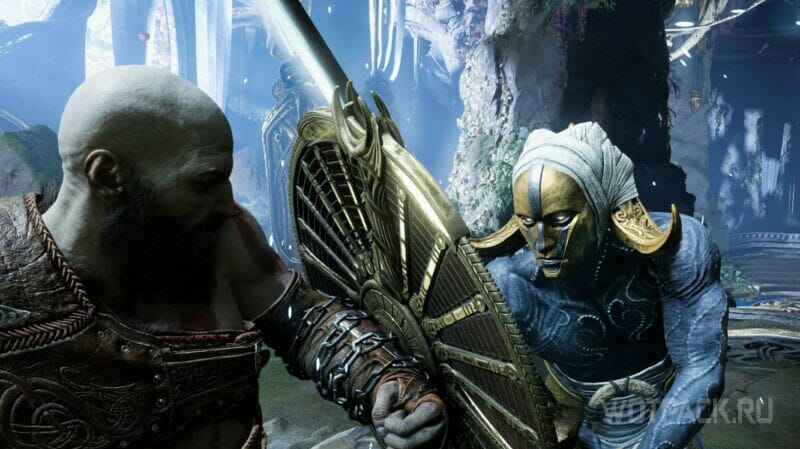 Sword hilts and relics in God of War: Ragnarok are special artifacts that can greatly increase Kratos’ survivability, as well as enhance his melee and ranged attacks. In total in the game you can find 14 items of this type.

In the case of obtaining all, in addition to a significant increase in the demigod, the account will be replenished with the “Collector” achievement, the condition of which is as follows: “Collect all relics and sword hilts.” In the guide below, we will tell you how to get all the relics in God of War: Ragnarok and unlock the silver achievement.

Relics and sword hilts are the same artifacts. They are located in a special section of the “Weapons” tab – Relics.

How to get all relics in God of War: Ragnarok

Story reward given to Kratos after completing the main quest “Searching for Tyr“. This is the first relic to be obtained by a demigod. Its maximum pumping will increase Kratos’ HP by 4000. 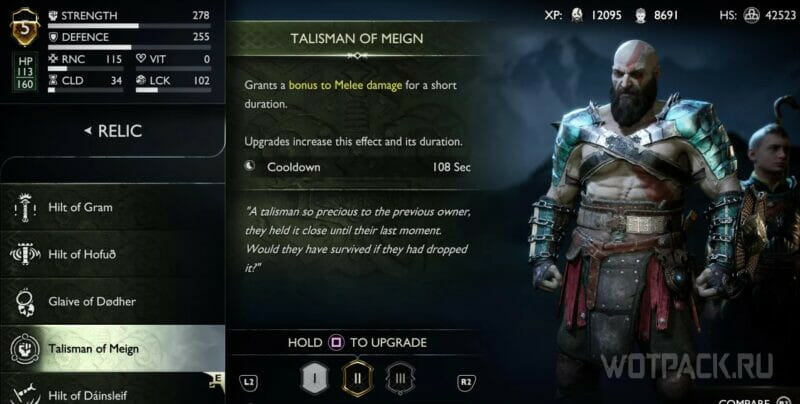 The main advantage of the artifact is that it gives a bonus to melee damage.

Story reward given to Kratos after killing Fiske’s boss in the “Payback” mission. The maximum buildup of the artifact, just like the previously mentioned Talisman, is aimed at increasing HP – up to 4000. Can be found in Midgard, on the territory of the Lake of Nine. Once at the point marked on the map, explore the nearby area for the presence of icedestructible. Launch a spear into it (the weapon will become available during the passage of the main story campaign). Thus, the passage to the secret zone will be opened – the artifact is located next to the corpse.

Can be crafted at any forge under Special Items => Relics. Price – 10000 silver.

Can be found in Niflheim, in the Raven Tree.

Once in Niflheim, explore the icy highlands of the region. Move straight ahead, jumping over obstacles until you reach to the upper floors of the prison. The easiest way to find the artifact in question is during the passage of the main story campaign. Inside the abandoned and dilapidated room, first inspect the legendary chest, and then approach to the frozen corpse. At his body you will find the item you are looking for.

How to get all sword hilts in God of War: Ragnarok

The last relic that can be obtained without any additional effort. To unlock it, you need fight Heimdall and defeat him (story mission). 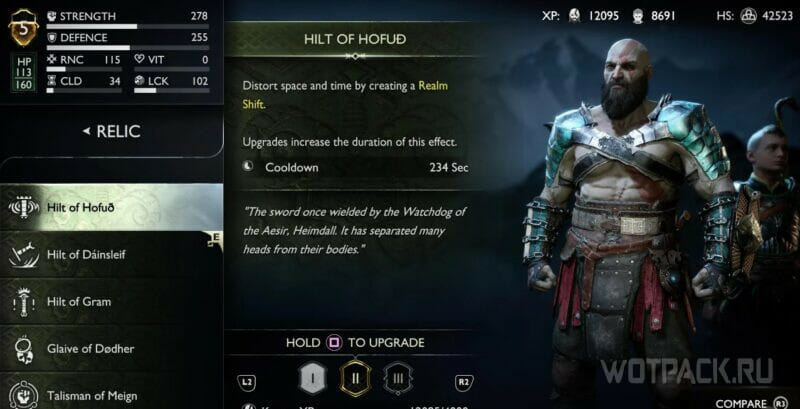 The artifact’s feature is described as “Distortion of space and time causing worlds to shift.” Its pumping, in turn, in addition to HP (up to 7000), increases the duration of the main effect of the weapon.

It can be obtained during the passage of an additional task “Door to the desert» [The Desert Door] – acts as a reward for the fight with the main boss of the chain. Upgrading this handle will not only improve Kratos’ survivability, but also reduce the cooldown time of the main skill bound to the relic. Can be selected from legendary chest in the Temple of Light. The first step is to interact with the chain, which will lift the giant mechanism. After that, you need to hit its core with an ax, and then release the chain. Thus, a kind of elevator, on which the legendary chest stands, will descend.

Can be obtained as a reward for defeating an optional boss, Hrolf [Hrolf]living in the territory of Midgard. Of the important notes: the battle with this enemy is possible after killing all the berserkers (additional mini-bosses). There are 13 of them in the game.

The relic in question is one of the few that can be crafted at the forge. To craft it, you need a consumable that drops from mini boss (Olaf), living in the closed southern part of Midgard. Once inside the cave shown in the screenshot, go through the narrow opening to exit to the arena.

To get this relic, you need to fight the bosses, Oathkeepers [Oath Guard], which inhabit the plains of Vanaheim. All of them – 3 pieces. It doesn’t matter in what order the opponents are killed – an artifact is guaranteed to drop from the second enemy.

Screenshots with the location of the bosses:

Another enhancement item that can be crafted by hand. This requires material that drops out from the Vanaheim mini-bossliving in the abandoned village [The Abandoned Village]. Another artifact that can be crafted at the forge. The material required for crafting is dropped from the mini bosssettled in the valley of Alberich, in Svartalfheim. Find all Odin’s Ravens (48 in total) to open the last legendary chest in Niflheim, in the Crow’s Nest [The Raven Tree]. After this action is completed, the boss will appear to Kratos – Raven Keeper [The Raven Keeper]. Destroy the enemy for the last relic for the collection.

How to get the Collector achievement in God of War: Ragnarok

To open the achievement, you need to collect all the relics and sword hilts in the game.

We hope our guide helped you get all the relics in God of War: Ragnarok. Write to commentsIf you have any questions, we will try to help. Follow other game guides on our website.