Hacker who robbed infamous Silk Road on trial, record seizure of cryptocurrency from his home 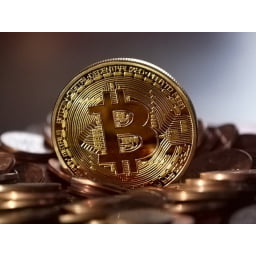 The US Department of Justice revealed details about the largest seizure of cryptocurrency in its history that occurred during a search of the home of James Jong, the hacker who on Friday admitted to being responsible for multiple thefts of cryptocurrency from the now-defunct dark web site Silk Road.

The 32-year-old stole more than 50,000 bitcoins from the Silk Road website in September 2012. The stolen funds were seized during a search of his home in Gainesville, Georgia in November 2021.

According to US Attorney Damian Williams, after almost ten years, the mystery of the location of a huge part of the missing bitcoins, which are now worth more than 3.3 billion dollars, has been solved.

According to court documents, Zhong extracted the funds by devising a way to circumvent Silk Road’s procedures. The site, which operated from 2011 to 2013, was used to trade illegal goods around the world. Founder of the platform, Ros Ulbricht, was sentenced to life imprisonment in 2015.

While the site was running, Zhong opened nine accounts and initiated more than 140 transactions in quick succession to defraud the site’s withdrawal processing system. He transferred the bitcoin to a number of different accounts to conceal his identity.

Zhong never actually used the platform to sell or buy anything, he just funded fake accounts with initial deposits of between 200 and 2,000 bitcoins.

“For example, on September 19, 2012, Zhong deposited 500 bitcoins into Silk Road’s wallet. “Less than five seconds after making the initial deposit, Zhong quickly made five withdrawals of 500 bitcoins in the same second, resulting in a net gain of 2,000 bitcoins,” the Department of Justice said.

“As another example, another scam account had one deposit and over 50 bitcoin withdrawals before the account stopped working. Zhong transferred these funds from the site and in a few days merged them into two large sums of money.

The Department of Justice called the seizure the largest in their cryptocurrency seizure history and the second largest financial seizure ever.

The US government now wants to seize more than 51,680 bitcoins (about $1.07 billion), as well as Zhong’s 80% stake in a Memphis-based company he used to buy real estate, then $661,900 in cash seized from his home, eight silver and three gold bars and one gold coin.

During the raid on Jong’s home, agents found bitcoin stashed in a basement safe and in a single-board computer hidden under blankets in a popcorn can found in a bathroom cabinet.

Zhong pleaded guilty to one count of wire fraud and faces a maximum sentence of 20 years in prison. He will be sentenced on February 22 next year.

Photo by Pixabay from Pexels