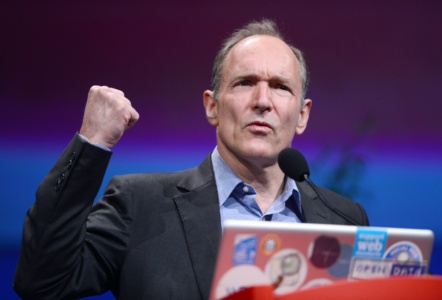 Tim Berners-Lee refuses to see Web3 as the future of the Internet. He proposes Solid, a new non-blockchain decentralized project, as a possible solution to the problems the network is currently facing.

Tim Berners-Lee is best known as the main developer of the World Wide Web, still trying to improve his creation. However, the future of the Internet, in the imagination of a British computer scientist, is nothing like what marketers and startups are trying to sell as a decentralized Web3 utopia.

Web3 suggests that a hypothetical future version of the World Wide Web includes decentralization, blockchain, and token-based digital transactions with the goal of creating a more democratic web platform where big tech companies like Google, Amazon, Facebook, and Microsoft don’t “hold” all data hostage. and content.

However, according to Tim Berners-Lee, Web3 is not the Internet at all. Speaking at the Web Summit conference in Lisbon, the computer scientist and chairman of the World Wide Web Consortium (W3C) said that it is important to get clear on the meaning of words in order to discuss the impact of new technologies.

“You have to understand what the terms we’re discussing really mean, except for buzzwords,” said Berners-Lee.

He also said that people often confuse Web3 with Web 3.0.

“It’s a pity that people from Ethereum used the name Web3 for the things they do with the blockchain,” said the technologist.

Berners-Lee considers blockchain protocols “too slow, expensive and public” and offers his own alternative to Web3, created as part of his startup Inrupt (according to TechCrunch, the company raised $ 30 million during a funding round in December).

The technology from the creator of the World Wide Web called Solid is a web decentralization project that aims to radically change the way today’s web applications work, guided by the principle of privacy and transferring ownership of data to users from Big Tech’s centralized data centers.

A global “single sign-on” feature that allows anyone to log in from anywhere. Login IDs allow users to share their data with others. A “common universal API” or application programming interface that allows programs to retrieve data from any source.

Berners-Lee isn’t the only well-known tech personality to question Web3. This movement has been criticized by some prominent Silicon Valley leaders: Elon Musk has said that Web3 is more of a marketing buzzword than a reality.

I’m not suggesting web3 is real – seems more marketing buzzword than reality right now – just wondering what the future will be like in 10, 20 or 30 years. 2051 sounds crazy futuristic!

And Twitter founder Jack Dorsey argues that Web3 will eventually be owned by venture capitalists.

The VCs and their LPs do. It will never escape their incentives. It’s ultimately a centralized entity with a different label.

Know what you’re getting into…

Critics also believe that Web3 is prone to problems that cryptocurrencies already face, such as fraud and security flaws.

Zelensky announced that Usyk became the ambassador of the United24 platform