As many will know, LEGO allows fans to submit proposals for new sets, giving the possibility to also propose existing IP-based products. One of the most requested of gamers is a set dedicated to The Legend of Zelda. With the arrival of the Super Mario sets, many may have thought the possibilities are increasing, but now the company is blocking the ideas of LEGO fans by claiming that there are “conflicts with licenses“.

If you try to submit a proposal to LEGO themed The Legend of Zelda, the result is this message: “We have evaluated this IP and determined that we cannot allow thematic suggestions“Specifically, LEGO claims that there is a” licensing conflict “, as mentioned.

If you try to propose a Super Mario themed setyou get a different message, which is that this suggestion “overlaps with a currently active third party project”, which most likely refers to existing LEGO products. 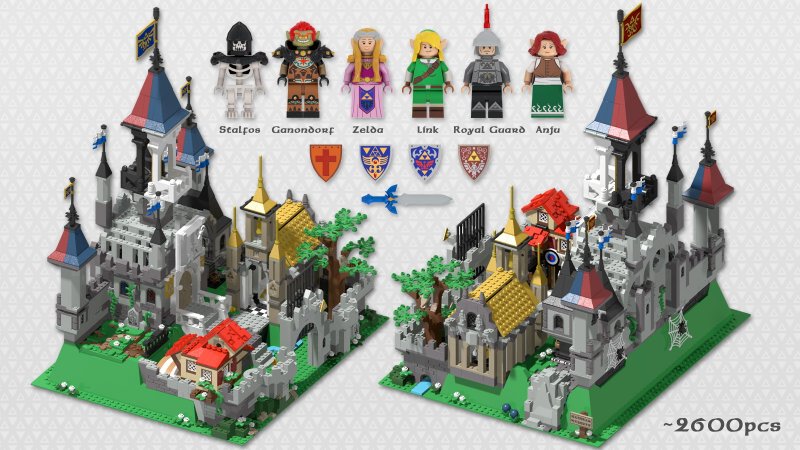 A The Legend of Zelda themed proposal for LEGO, sent in the past

This could mean that The Legend of Zelda is not planned for LEGO and that the rights for similar products themed with the Link series could now be held by another company, which is why accepting ideas for LEGO sets could be a problem. for the company. It is only one guessBut.

Certainly fans of the two companies would prefer if Nintendo and LEGO struck a deal for new sets: The Legend of Zelda is such a broad saga that it would easily allow you to create so many very different products. We’ve already brought you some incredibly well done fan ideas in the past.

If for the moment the Super Mario themed sets are enough, we point out the excellent LEGO offers that are now active on Amazon Italy.

Ainars BAGATSKIS: “I’m happy for all the experienced players”

Hogwarts Legacy: bad words, alcohol and blood, the game will not be for children